By Josiah Hughes
Published Apr 15, 2015
Edmonton post-punk duo Rhythm of Cruelty dropped their debut album Dysphoria last year, and they're already back with a follow-up.

Listen to Saturated below. A cassette version of the album is available now via Pseudo Laboratories, with the vinyl coming soon from Mass Media Records.

Rhythm of Cruelty are also in the midst of a large North American tour. The dates are available below. 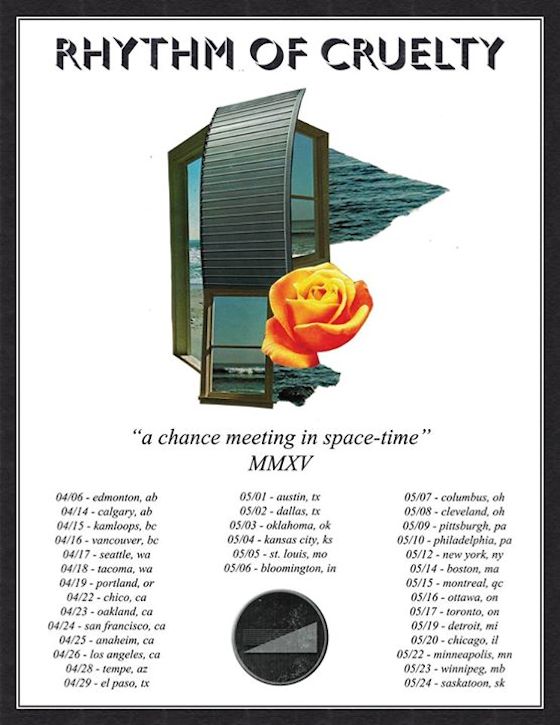