By Gregory Adams
Published Sep 04, 2015
Yesterday (September 3), heavy metal icons Black Sabbath announced plans to cap their career with "The End," a world tour which is believed to be their last. But, here's the thing: Black Sabbath have managed to stick around for over 45 years so far, already having endured multiple hiatuses, lineup changes and more. Even right now, founding drummer Bill Ward is out of the band due to, apparently, complex financial issues.

With the current iteration of Black Sabbath still said to be working on their final album, will they have a change of heart once they start taking the new tunes on the road? Will Ozzy Osbourne, guitarist Tony Iommi and bassist Geezer Butler one day patch things up with Ward and do a proper farewell tour as the classic lineup?

Only time will tell, we suppose. In the meantime, Exclaim! has gathered a list of our favourite entertainers who promised to bid us adieu long ago, only to keeping pleasing us up to the present day.

A Look Back at Music's Failed Farewells: 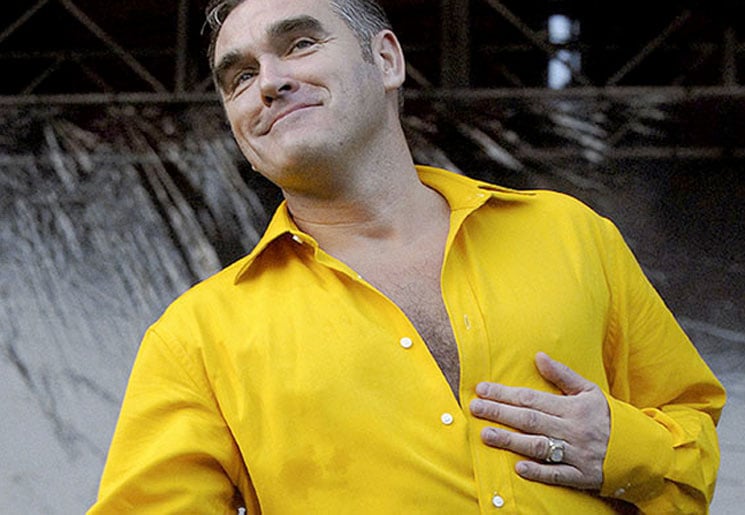 Back in 2012, a then 53-year-old Morrissey was asked in an interview whether he had thought of retiring from the stage once he hit 55. The more he thought about it, the famous Mancunian apparently decided yes, as he couldn't ignore that he had been "aging a lot recently."

"I am slightly shocked to have gone as far as I have," he told Juice Online, expressing of his career, "This is my 30th year, and I've aged a lot recently, which is bit distressing for me, as it must be for everyone. The body changes shape and there's nothing you can do about it."

The talk was quickly trounced when Moz signed to Harvest to release his 2014 long-player, World Peace Is None of Your Business — a business move that would later bite him in the ass. All the same, the last few years have seen the performer drop an new album, continue touring even in the face of a cancer scare and start a writing career. His first novel, List of the Lost, even lands overseas later this fall.

While the retirement plans may have gone up in smoke, it should be noted that Morrissey's been good on his word in regards to his Canadian boycott. He officially declared back in 2006 that he wouldn't perform on Canadian soil so long as the annual seal hunt takes place, and we haven't seen him in the Great White North ever since. 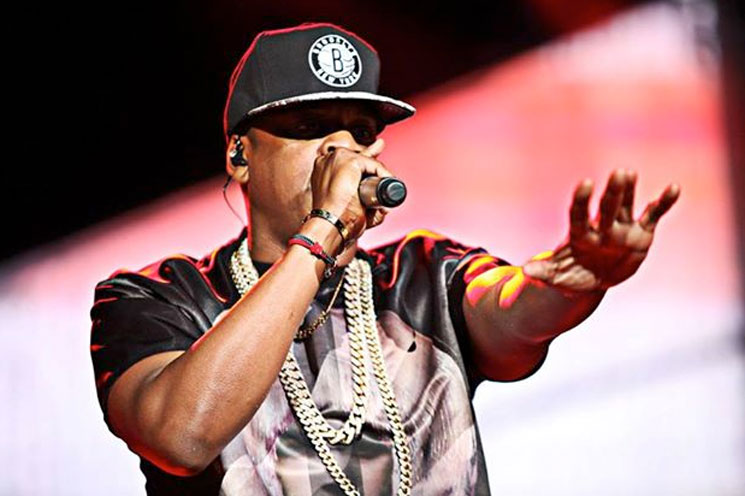 Remember back in 2003 when Jay Z (or Jay-Z as he was known at the time) assured us that, following a hot string of game-changing LPs, he'd be calling it quits with the release of The Black Album? It was a grand slam goodbye, chock full of quality hits that had Jigga dropping choice bars and hooks above an arsenal of beats from top-drawer producers like Pharrell, Timbaland, Rick Rubin and more. Hell, "99 Problems" is a dozen years old, and we're still dropping it into conversation every now and again.

Well, sitting on the sidelines apparently wasn't for Hova, considering he came back the very next year to deliver the Collision Course collaboration with Linkin Park. From there, he became the head of Def Jam and got back to turning around solo LPs on the regular. And don't forget his powerful Watch the Throne project with Kanye West in 2011.

Though he hasn't delivered a full-length since 2013's Magna Carta Holy Grail, he's been busy in the music industry as one of the co-owners of streaming service TIDAL. That may not have turned out to be as successful a venture as he may have hoped, with the start-up seemingly off most people's radars since its launch last spring, but Jay Z is still a major player in the game. 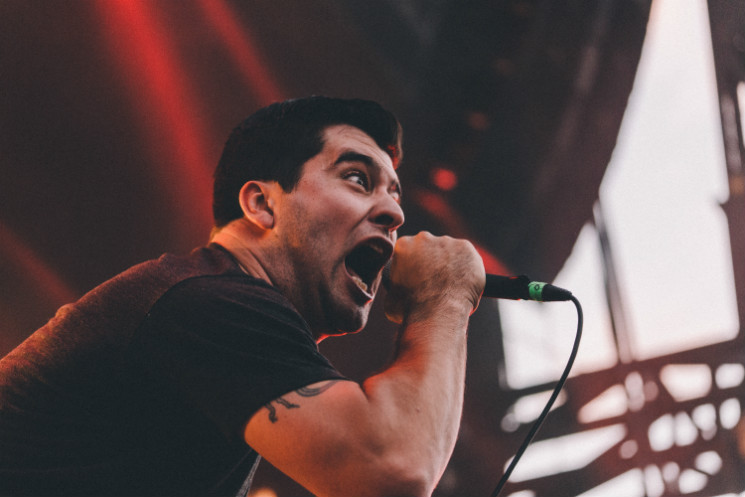 Following 10 years of bringing screamo to the Canadian masses, St. Catharines, ON quintet Alexisonfire announced their breakup in 2011.
The reason they gave at the time was that it was too much of a struggle for guitarist Dallas Green to balance his time with the band and his burgeoning career as City and Colour. He opted to focus on the latter, but not before heading out on a proper cross-Canada farewell tour with Alexisonfire in 2012. A nation was crestfallen that the group could even contemplate abandoning their fans. Being the self-proclaimed the "Only Band Ever," the outlook looked grim for the music biz on the whole.
There wasn't much of a mourning period, though. The ground had barely got cold when, just a few months later, Alexisonfire announced plans to issue a celebratory deluxe box set package, which quickly went out of print and had to be pressed a second time in 2014. More recently, the band pressed up Live at Copps, a vinyl edition of their December 30, 2012 performance in Hamilton, ON, their proposed final hurrah.

We say proposed, of course, because the band quickly said hello again via a series of reunion dates across the globe. Though the growing list of offshoot projects include City and Colour, Gallows and Dead Tired, you might want to, ahem, Watch Out for the occasional Alexisonfire get together. 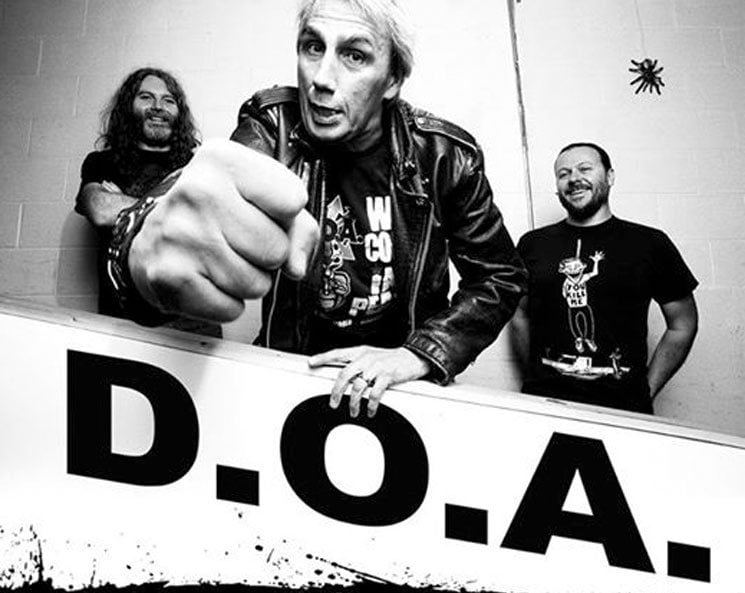 Having formed in Burnaby, BC, in 1978, D.O.A. are one of the most iconic acts in Canadian hardcore punk history. Though the band faced multiple lineup changes between early singles like "Disco Sucks" up through to their album output in the 2000s, D.O.A. leader Joe "Shithead" Keithley kept plugging along for decades with his revolving cast of renegades.

That was all set to change in 2012, when the frontman revealed plans to put the punk band on ice so he could focus on a political career. Keithley assured that, in light of him seeking a BC NDP nomination in a provincial election, D.O.A. would soon be, well, D.O.A. The act even went so far as to book a "final show" at Vancouver's Rickshaw Theatre, an event that would later be preserved as the Welcome to Chinatown concert LP.

Funny thing is, Keithley didn't get the nomination, and announced in 2014 that he was bringing D.O.A. back from the dead. They've since issued an album titled Hard Rain Falling and taken off on a few tours.

Keithley revealed earlier this month that he's once again running for office in an upcoming election, this time for the Green Party. As far as we know, he hasn't started drafting up his band's death certificate again just yet. 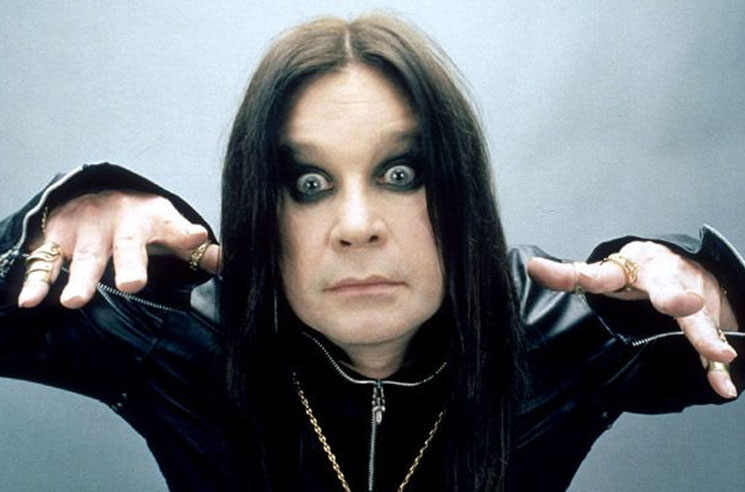 If there's one reason to be leery of Black Sabbath's upcoming farewell tour, it's the trajectory of their vocalist, Ozzy Osbourne. After being dismissed from the band in 1979, the Birmingham foghorn issued one of the greatest heavy metal one-two punches ever: Blizzard of Ozz and Diary of a Madman. The following decade of decadence would team the iconic metal singer with guitar greats Randy Rhoads, Jake E. Lee and Zakk Wylde. But after issuing the damned impressive No More Tears in 1991, Ozzy figured it was time for the wicked to finally rest. The record's promo cycle was dubbed "No More Tours" and was to have had Osbourne backing out of the concert circuit for good.

Guess where we're going with this: it didn't last. He dropped Ozzmosis in 1995, heading out on the "Retirement Sucks Tour" the following year. In addition to solo releases, he started up an off-and-on relationship with Black Sabbath in 1997. Eventually, this would lead to Sabbath's latest reunion LP, 13, and, if all goes according to plan, the release of a new, "final" album sometime in the near future.

The upcoming Black Sabbath trip is titled "The End," but let's not forget that Ozzy and the rest of the metal troupe have already tacked a few post-scripts onto their legacy.