By Allie Gregory
Published Dec 13, 2019
Fresh off the release of his highly anticipated sophomore album BUBBA today, Kaytranada has scheduled a solo pop-up performance in Montreal next week.

The producer will take up residence at Société Des Arts on December 19, when he'll also host an exclusive retail pop-up featuring new merchandise, posters and more.

Faysal Matin and Liam MacRae are credited with designing the pop-up, which will be free to enter between 12 p.m. and 7 p.m. Kaytranada's ticketed DJ set will follow at 9:30 p.m.

Tickets are on sale now here.

Early next year, Kay will also make an appearance at Montreal's Igloofest in support of his new record, released today via RCA. Find his additional tour dates below, where you can also stream the record it its entirety. 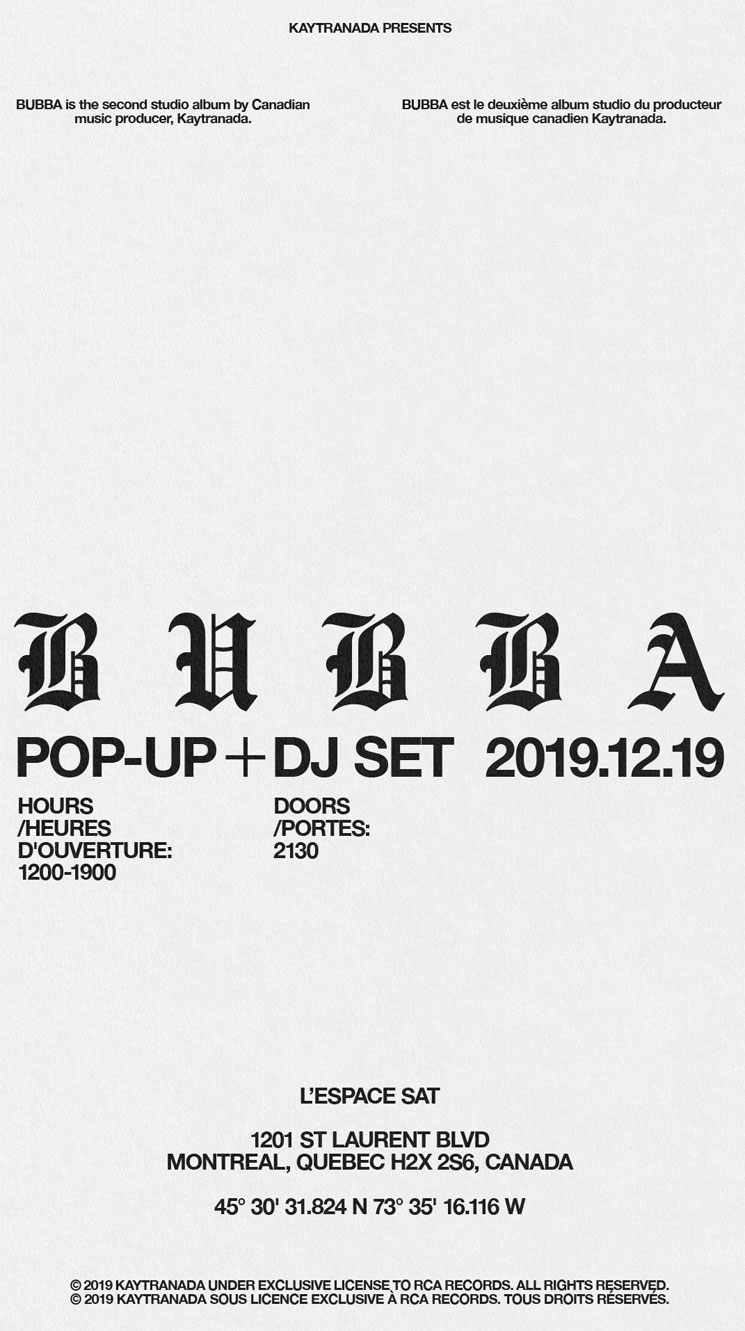