By Sarah Murphy
Published May 03, 2016
James Blake has been taking his sweet time to roll out the details of his next LP, but after pausing for production duties on a new Trim track and a couple of cameos on a little album called Lemonade, he's offered up a bit more insight into this own forthcoming full-length.

Over the weekend, Blake shared a photograph of a new Quentin Drake mural in London featuring the words "The Colour in Anything" — insinuating that there's a new title for his upcoming album. Drake, known for his illustrations for Roald Dahl classics like Matilda and James and the Giant Peach, confirmed his involvement with the artwork on Twitter, sharing photos of billboards going up around London.

Yesterday (May 2), a similar mural appeared in Brooklyn, further implying that the forthcoming record would be titled The Colour in Anything. 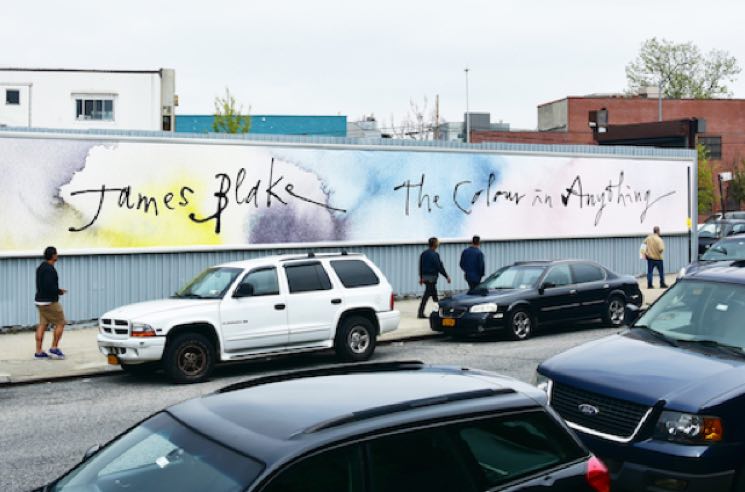 Blake had previously dubbed the upcoming LP Radio Silence back at the beginning of 2015, though that tentative album name seems to have been abandoned. And while details about the new album are still fairly scarce, the UK musician has shared two tracks that are expected to appear on the follow-up to 2013's Overgrown — "Modern Soul" and "Timeless."

In a BBC Radio 1 appearance, he also hinted that the new record would feature an ambitious 18 songs, with one track even clocking in at over 20 minutes.

As we await a more fully fleshed-out game plan from Blake, relive "Modern Soul" below.