By Gregory Adams
Published Aug 12, 2015
R&B-twisting Odd Future offshoot the Internet will be bringing the songs from their recent Ego Death to life across various North American stages on an upcoming tour.

Though a few concerts had been revealed earlier in the summer, the group outlined their travel plans today (August 12) via social media. As you can see below, they will be hitting the North American club circuit from early September into November.

Though much of the trip has the Internet playing in the U.S., Syd the Kyd, Matt Martians and the rest of the band will also be uploaded into Canadian clubs in Montreal, Toronto and Vancouver.

A European tour with Thundercat was also revealed today, with the trip taking place shortly after the Internet wrap up their North American trip. You can take a peek at the overseas info over here.

You can read Exclaim's review of the album over here. 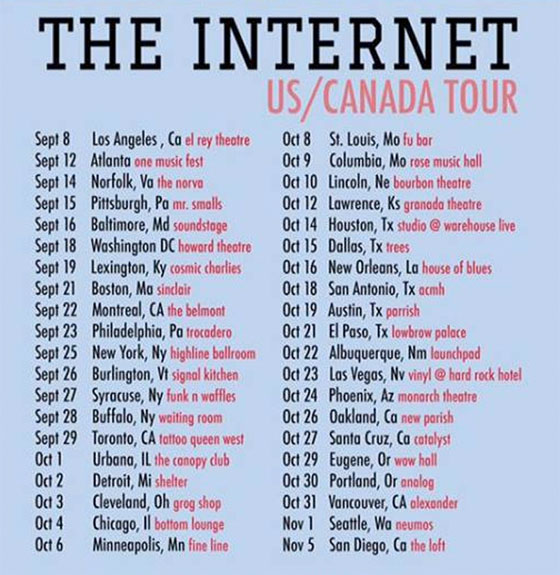