20. Indian Askin
Another Round 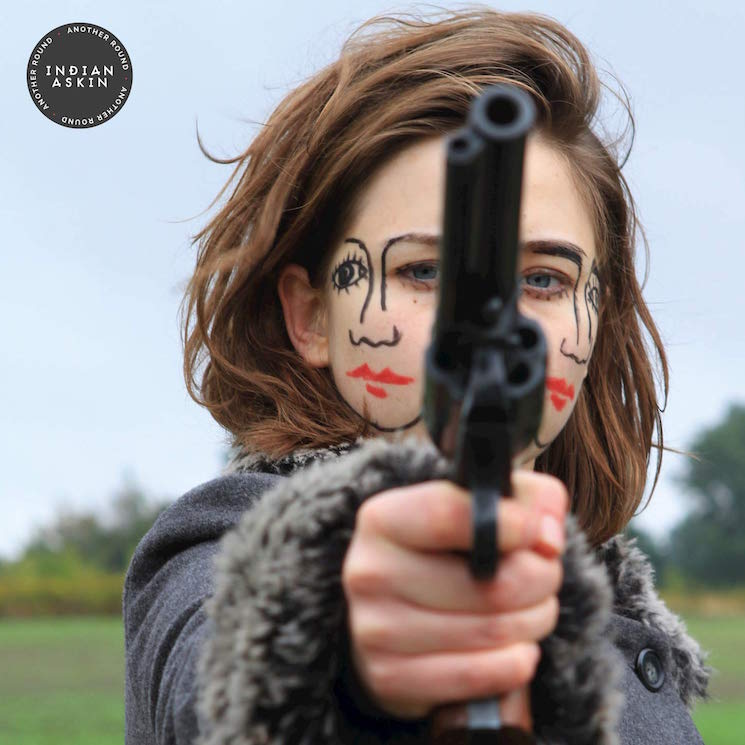 Imagine this scenario — it's a delightful Sunday afternoon, so you and your significant other decide to spend it in the park. Unfortunately, your relaxation is interrupted by a group of giggling Dutch garage rockers who would rather doodle on their friend with felt pens than take a normal photograph and add squiggly lines on the computer later on. 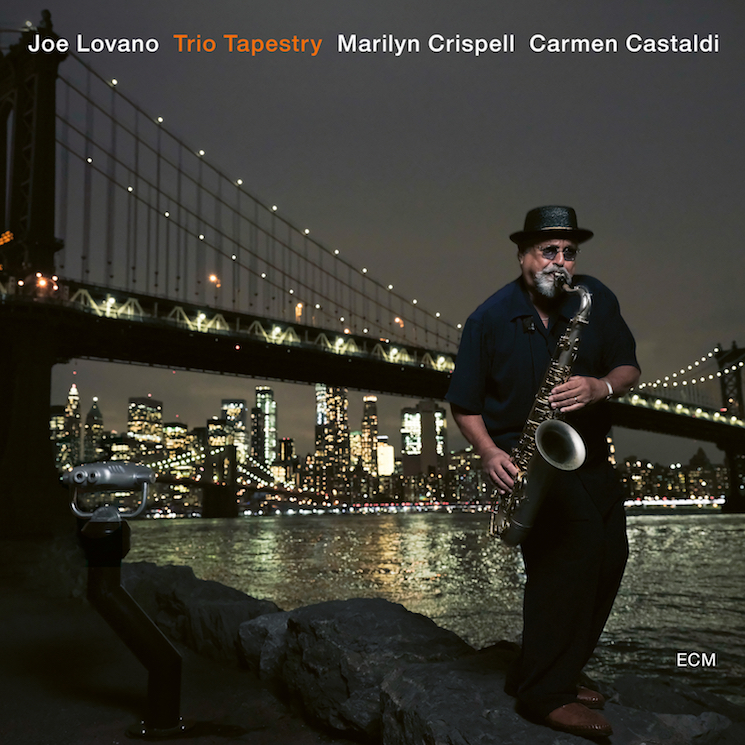 Congrats to Lovano et. al for creating an album cover that looks exactly like the idea of jazz that all jazz haters have. Our boy Joe, just honking away into the crisp evening air, interrupting the evenings of on-lookers as they try to ignore his incessant saxing. 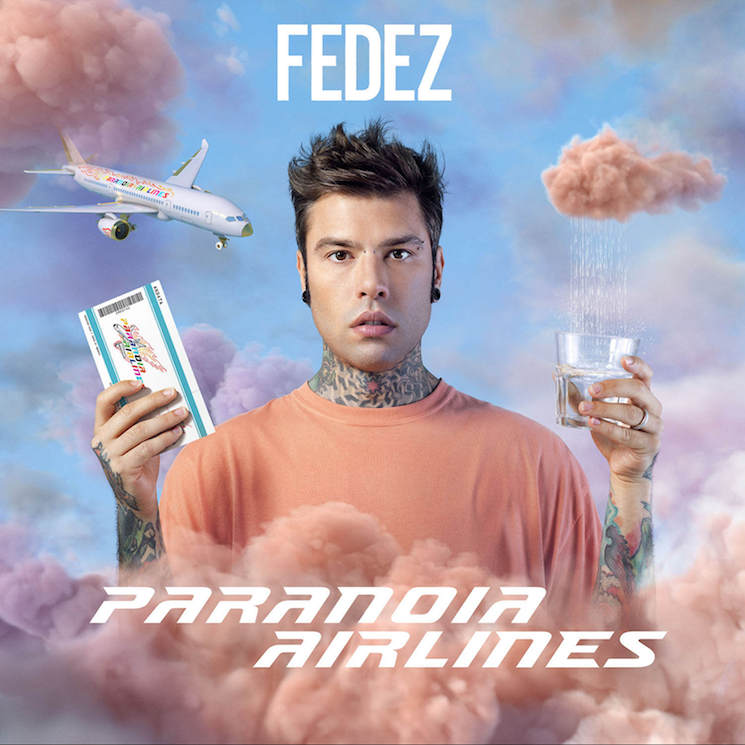 A quick Google suggests this guy is an Italian rapper, but we're pretty sure he's actually the ghost of MySpace Music, forced to patrol the skies in a whimsical social media purgatory until Justin Timberlake fixes the servers and saves all of those unreleased crabcore tracks. Actually, does anyone have Michel Gondry's contact? This seems like a solid movie idea. 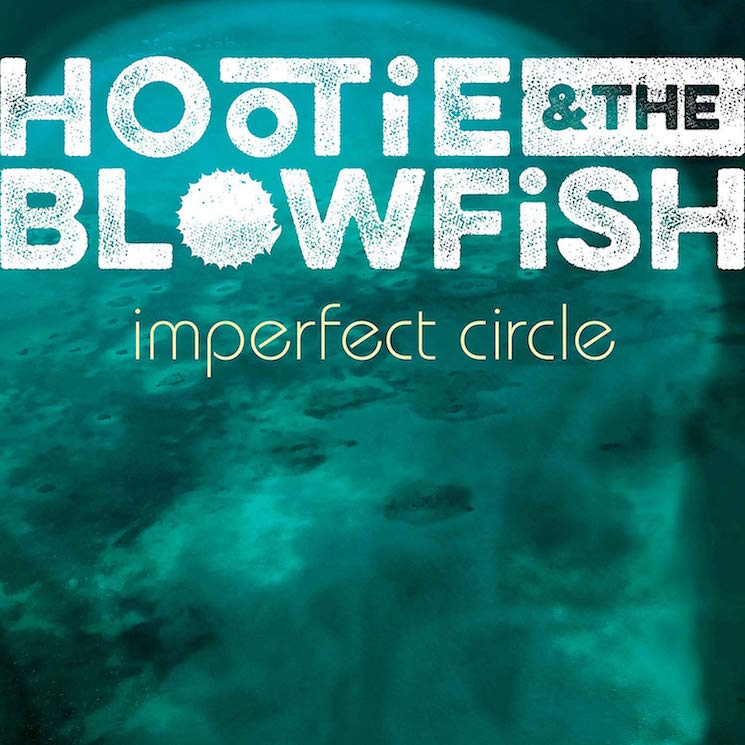 To be fair, having a successful band that's inextricably tied to the name Hootie & the Blowfish is certainly going to be an uphill battle. But surely they could've done better than this monstrosity, which looks like a retail website's placeholder JPEG that loads when the real album cover didn't work. The font choices are mortifying, as is the weird nuclear blast/sonogram image that reveals UFOs and faces the more you stare at it. They avoided a literal interpretation of the album title, at least, but you bet your ass there's an actual blowfish hidden in the word "blowfish." 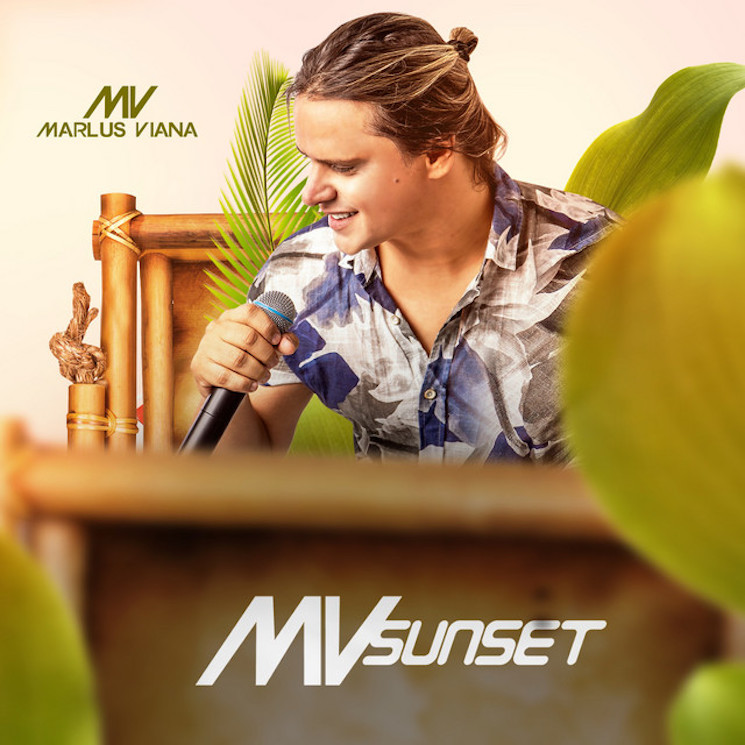 The shallow depth of field gives this cover a strangely voyeuristic quality, but rather than look at anything juicy, it feels like we're sitting in on a Saturday evening service from some hip pastor's EDM church plant in Ibiza. 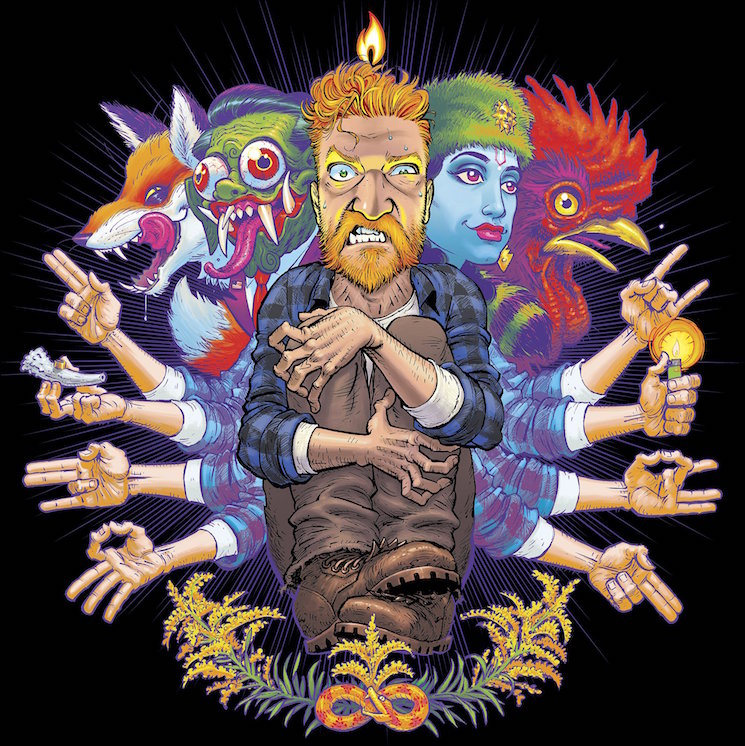 The hand gestures and weirdly religious nature of this cartoon make it unclear as to whether this album cover is actually offensive or just aesthetically offensive. Either way, the image is almost hypnotically unpleasant as we imagine Tyler being visited by the ghosts of rockabilly past, present and future… and also a rooster. 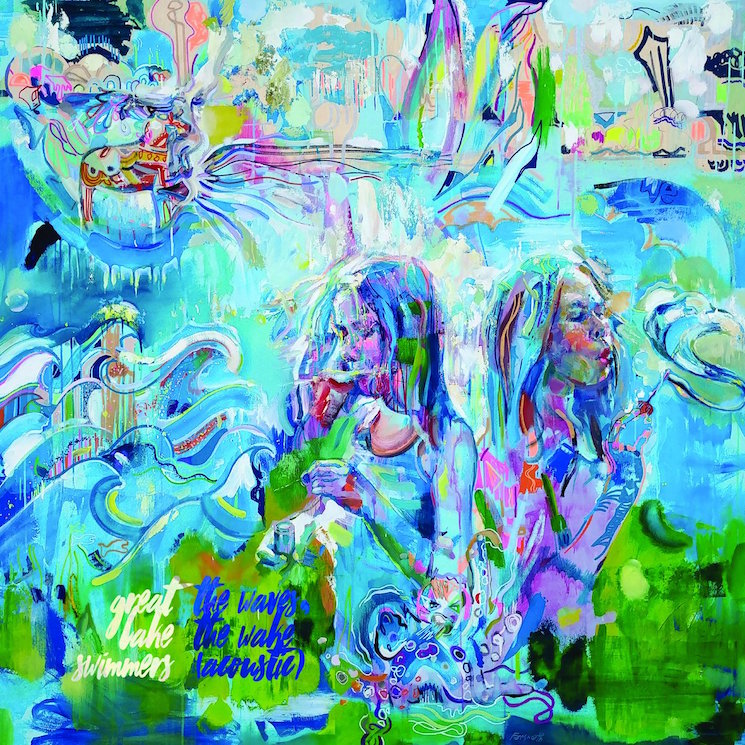 Great Lake Swimmers' album cover for The Waves, The Wake made the cut on last year's list, and they must've taken that as a nudge to keep the momentum going. After all, the acoustic version of the album looks even worse, imagining what it would be like if you were attending your auntie's pastel drawing art opening at a funky second-wave coffee shop and then the whole building started melting like a bad acid trip. 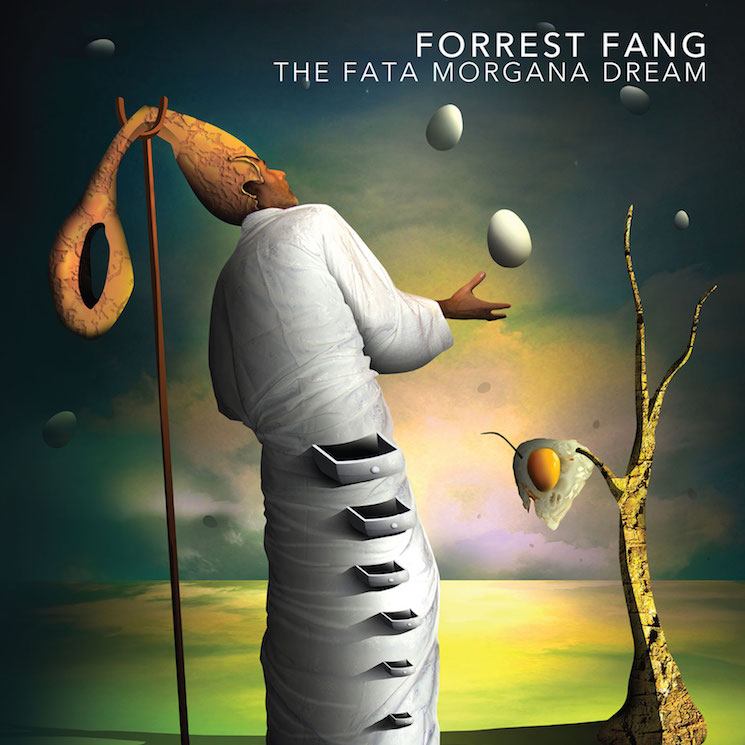 Speaking of second-wave coffee shops, the aesthetic of this Forrest Fang album looks like the kind of java joint that sells cast-iron cat art and coffee that tastes like melted crayons. Look a little closer, and you'll see that they also have an affinity for eggs at this fictional spot. Look closer still, and you'll see that the chef appears to have a detachable ballsack for a head. 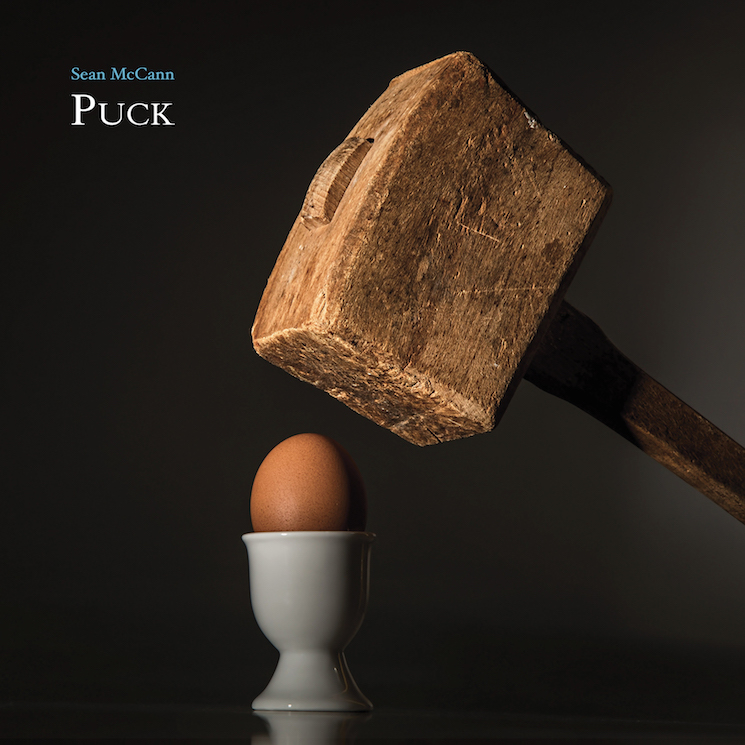 Eggs were apparently a recurring theme for the world's worst graphic designers in 2019, which can only begin to explain this baffling cover. Look, we get it — boiled eggs can be difficult to peel. But the trick is to watch the boiling time carefully, then immediately dowse the egg in an ice bath. You'll no longer need to make use of messy medieval mallets in the kitchen. 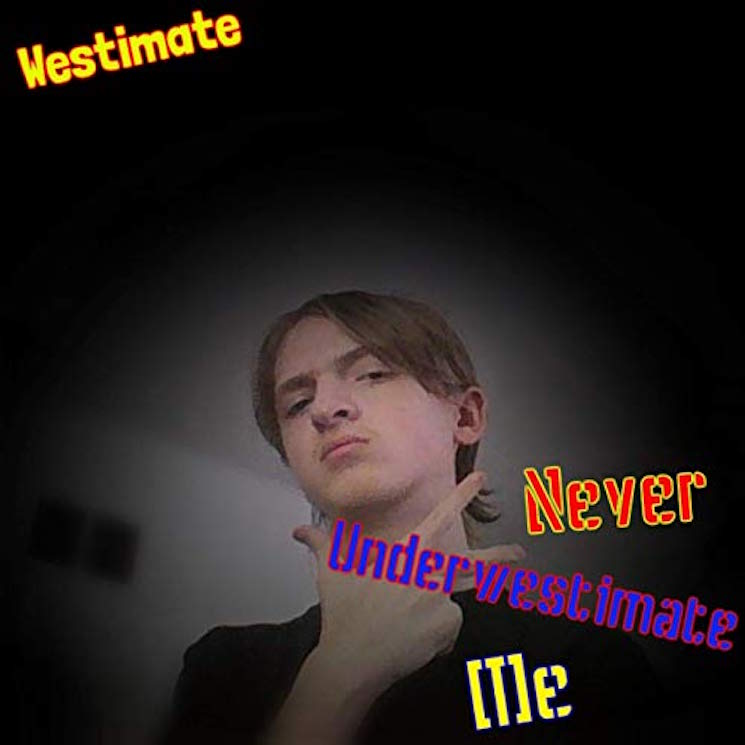 We're awfully sorry, Westimate, but this cover art will, in fact, make us underwestimate you. In fact, the level with which you're westimated is up to you to decide. If anything, by slapping this cover on your rap album, you've underwestimated yourself. We're not even mad — just wesappointed.