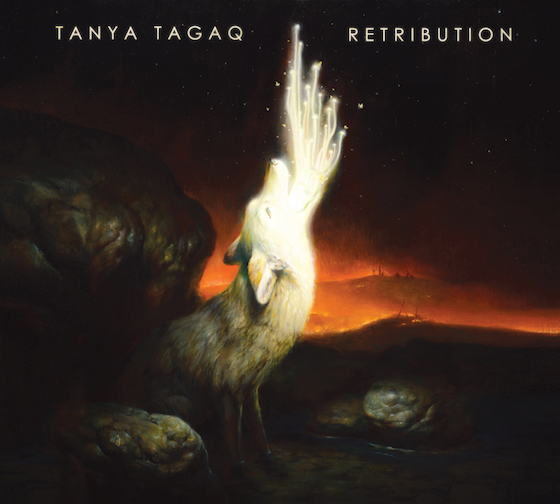 Tanya Tagaq doesn't want you to be comfortable. She doesn't want to merely entertain you. She wants you to understand that the wanton rape of our planet cannot continue without consequence.

On Retribution, the expansive dynamism of Tagaq's game-changing Animism has been pressure-cooked to an even more visceral and concise urgency befitting the narrative of mind-boggling brutality and callous exploitation perpetrated against the Earth, with direct lines drawn to the historical treatment of indigenous peoples and women, in particular.

That she and her collaborators express these thoughts and feelings in such intuitively creative, unsettling, hypnotic, artfully feral aural terms is what makes Retribution one of the most enthralling, affecting and challenging albums of the year.

Tagaq, Jesse Zubot, and Jean Martin's increasingly cohesive and constantly surprising fusion of traditional Inuk music, avant-garde explorations, aggression, diverse, unpredictable grooves and cinematic atmospherics isn't really what we think of as pop or rock music, but it does capture the most essential and honest aspects of what makes rock music potent when stripped of romantic artifice; and anything this purely realized by such talented and distinct musical voices should be popular.

Retribution may not be an easy listen, but it's a vital one.
Scott Gray