By Sarah Murphy
Published Sep 03, 2019
Ariana Grande is suing Forever 21 and Riley Rose for $10 million USD, claiming the clothing retailer and beauty line used her image and music after potential collaborations between the artist and brands fell through.

Grande was reportedly in talks with Forever 21 and offshoot beauty company Riley Rose, but opted out of an endorsement campaign when they wouldn't meet Grande's financial demands.

In a lawsuit filed Monday (September 2) in Los Angeles Federal Court, Grande claimed Forever 21 and Riley Rose went ahead and used her image and music in marketing campaigns anyway early this year.

She claimed the brands infringed with at least 30 images and videos that featured audio, lyrics and a lookalike model based on her own "7 rings" song and video.

"The resemblance is uncanny," Grande said in her complaint.

Below, see a comparison of the model, products and lyrics in question via TMZ. 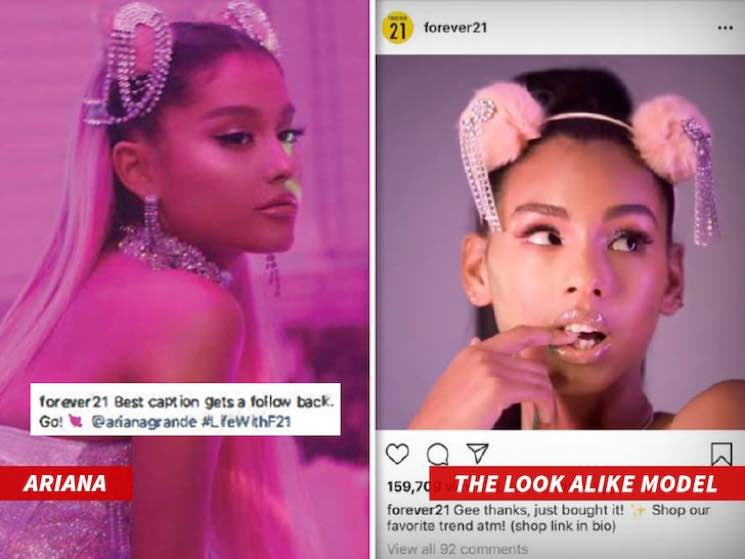 Ironically enough, Grande was accused of ripping off "7 rings" from Princess Nokia's "Mine."

Grande's lawsuit is seeking damages for copyright and trademark infringement, false endorsement and violating her right of publicity.