Queen, one of the quintessential arty prog rock acts of the 1970s and '80s, are defined by their singles — particularly those that still ring out in stadium settings around the world. Nearly any music fan knows the operatic refrain of "Bohemian Rhapsody," and no sports fan has ever been able to get away from "We Will Rock You" or "We Are the Champions." But Queen's deep and diverse album catalogue reveals a band with a much more interesting and diverse catalogue than has been memorialized by their highest profile moments in pop culture. Here is our Essential Guide to the iconic band, who will be celebrated with the arrival of the forthcoming biopic Bohemian Rhapsody, starring Rami Malek as Freddy Mercury, in theatres on November 2. 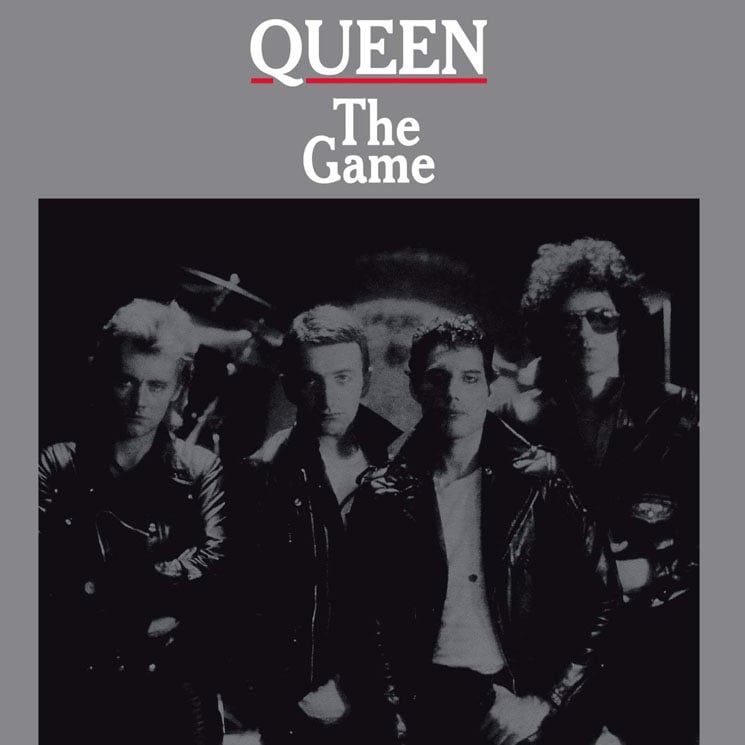 Here, Queen go from being '70s rockers to '80s pop gods. That was a bridge too far for some, but it opened up a far more doors than it closed, particularly — and fleetingly — in the States where "Crazy Little Thing Called Love" and "Another One Bites the Dust" were Queen's first, and only, #1 hits. Their previous grandiosity put the band in punk's crosshairs. But this new sleeker Queen v. 2.0 were better equipped to compete with its predecessor, the then-ascendant new wave. Both of the record's hit singles essentially stripped the Queen sound down to its bones and proved that the foundations were sound and more importantly, mutable. Still, there was enough of the old Queen left with tracks like "Don't Try Suicide" and "Play the Game" to keep most fans onboard, at least for a couple of years, while setting the stage for the band's globe-trotting second decade. 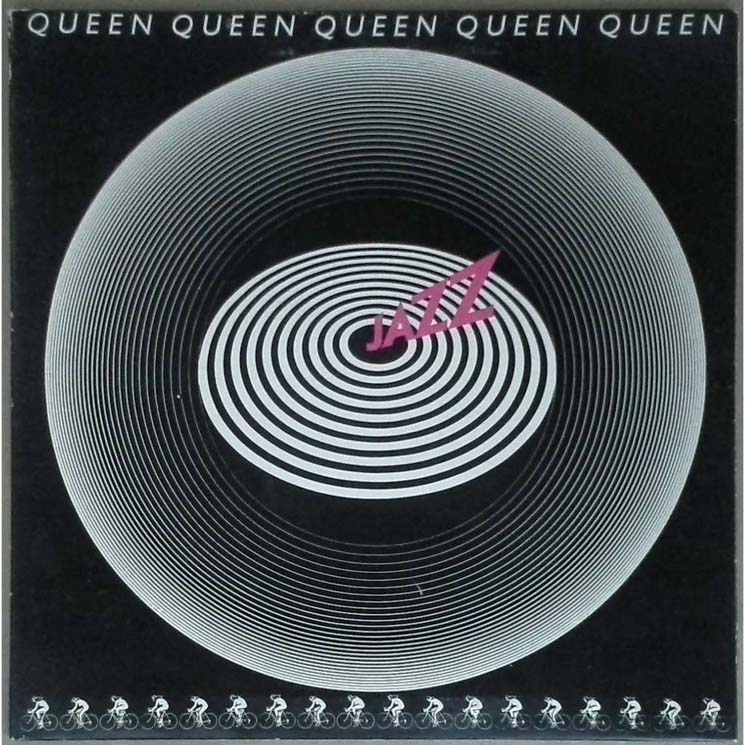 Famous for eliciting a particularly strong rebuke from Rolling Stone critic Dave Marsh, who called Queen "the first truly fascist rock band," Jazz's reputation has grown since its initial mixed reception. In contrast to many of their '70s peers, there was always a sense of cheeky fun in Queen. That lack of perceived seriousness, coupled with the band's grand self-image, turned off many, particularly the American music press, who seemed to prefer more streamlined rockers like "Don't Stop Me Now." Though immensely skilled musicians, Queen's many stylistic diversions were never reverent (see the cultural hodgepodge of opener "Mustapha"). And their tongue-in-cheek humour is on full display on the ridiculous "Fat Bottomed Girls," and the overblown pomposity of "Bicycle Race." For better or worse, it was a quality embraced by subsequent generations, from L.A.'s hair metal heroes to British glam revivalists the Darkness. 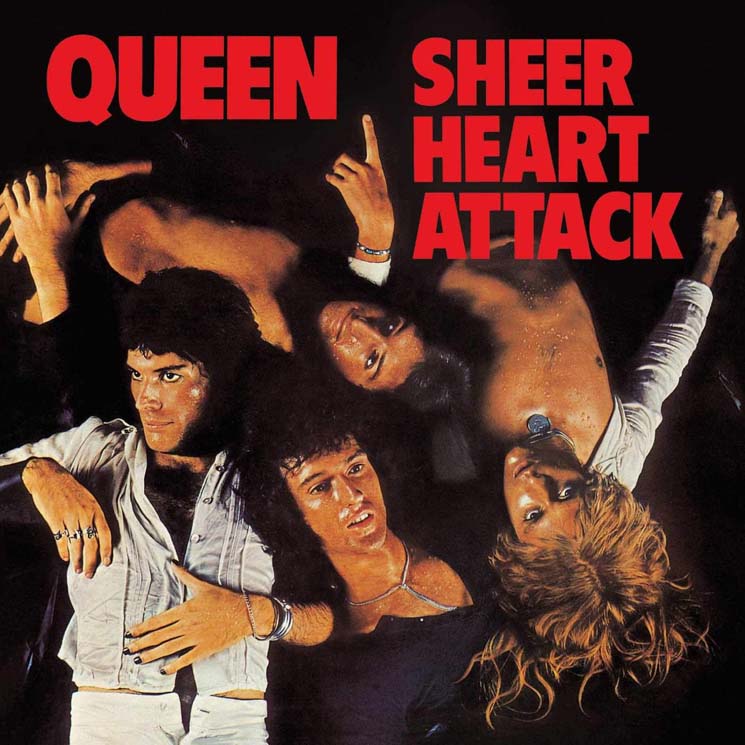 Pieces of what the band would become are evident on their first two albums, but this is where it all came together. Opener "Brighton Rock" makes the case for Brian May as one of the decade's most underappreciated and inventive guitarists, while "Now I'm Here" and the electrifying "Stone Cold Crazy" (later covered by Metallica) buoyed their hard rock bona fides. But it's the flamboyant cabaret homage/parody "Killer Queen" where they really come into their own, embracing their idiosyncrasies and dialling them up to 11, while showcasing the way they'd turn overdubbing into a crucial piece of their sound. Before Sheer Heart Attack, Queen were just a glam and prog-rock adjacent band trying to make it big. After, they were in a class all their own. 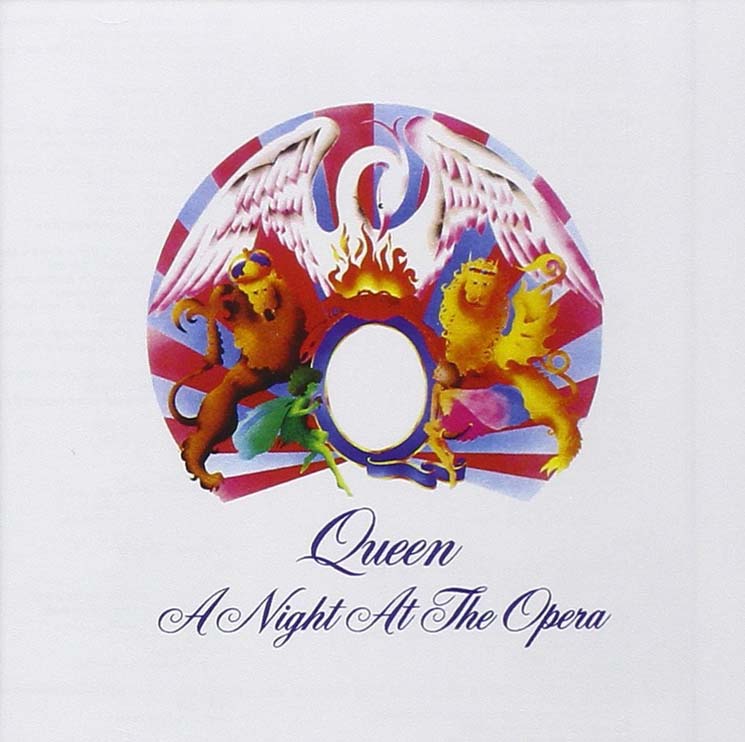 AKA the one with "Bohemian Rhapsody." A Night At the Opera's penultimate track leaves a lot for the rest of the album to live up to, yet the band rise to the challenge. The fantasy elements that bogged down early releases are (mostly) replaced by an arch Englishness that helps the record match the grand ambitions implied by their name and the album's regal cover image — the whole thing ends with a version of "God Save the Queen." Still, littered among cheeky takes on English Music hall ("Lazing on a Sunday Afternoon") and Dixieland jazz ("Good Company") are smaller, but just as rewarding gems like "39" and the breezy "You're My Best Friend." From first note to last, Queen never made a better album. 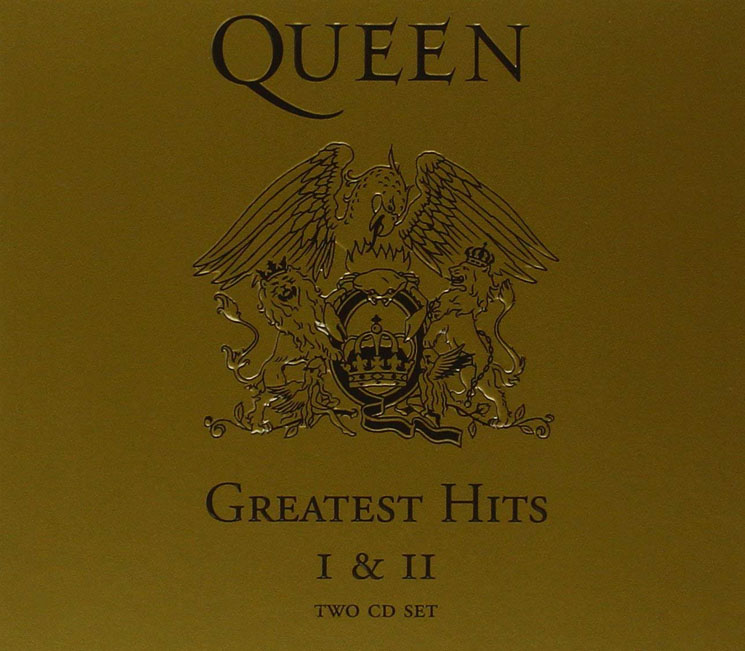 Queen are so much more than a singles band, but if you're going in blind, there's really no better place to start than this pair of hits compilations. Since reissued as a double album, this collection of genuine chart smashes captures the vast range of styles Queen embraced across the decades, from hard rock ("Keep Yourself Alive") to English music hall ("Killer Queen") to disco-funk ("Another One Bites the Dust"). Greatest Hits I chronicles their '70s hits through "Another One Bites the Dust," while Greatest Hits II takes listeners through the '80s to their swan-song, "The Show Must Go On." This set is particularly good for putting the spotlight on some of the band's exceptional, pop-inflicted '80s singles, like "Radio Gaga" and "One Vision" that never really took hold in North America, even while they became some of the band's biggest hits everywhere else. 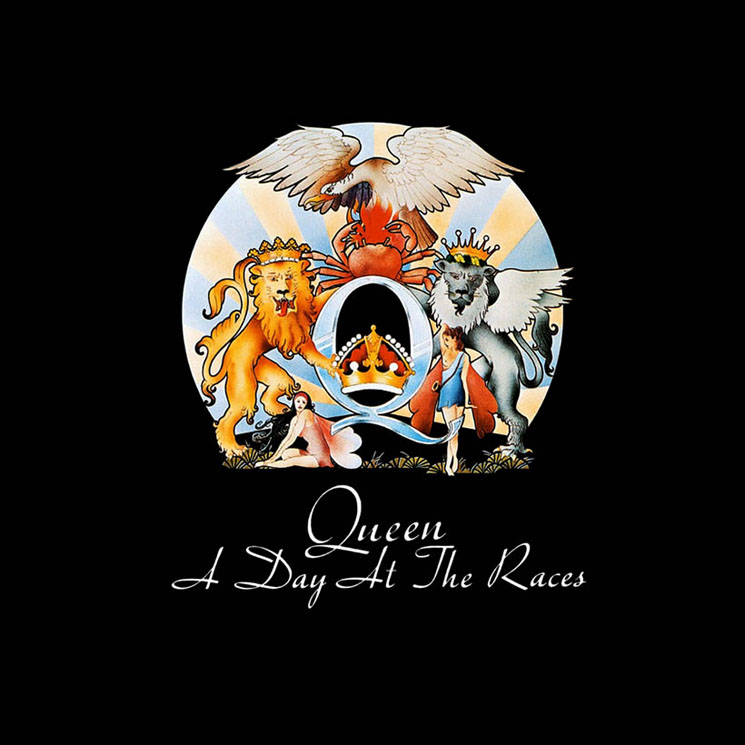 A Day at the Races will forever live in the shadow of the superior A Night at the Opera, but it's a key entry in the band's mid-'70s imperial phase. Likewise, if stadium anthems are your jam, look no further than News of the World (1977), which is home to both "We Will Rock You" and "We are the Champions." The Works (1984) best captures the group's move towards a more pop-oriented rock sound, while Innuendo (1991), recorded in the shadow of Mercury's failing health, is perhaps their strongest album since the '70s. Finally, their six-song, 21-minute Live Aid set can be found on the four-disc Live Aid box or as a bonus feature on the Queen Rock Montreal and Live Aid Blu-Ray. With their promo video for "Bohemian Rhapsody," Queen were also music video pioneers, and their clips remained visual treats throughout their career. They were compiled on Greatest Video Hits Volume 1 & 2 in the early 2000s and can be seen through the band's official YouTube channel.