By Liisa Ladouceur
Published Nov 15, 2016
They are the world's biggest electronic rock'n'roll band. Pioneers of British new wave, Depeche Mode didn't just break through in the '80s, they helped define them: synths and samplers and sexual politics — and well coiffed to boot. They've never scored a No. 1 hit, but they've sold more than 100 million records, and many of their 50 singles are classics on dancefloors and alternative radio: "Just Can't Get Enough," "Personal Jesus" and "Enjoy the Silence," to name just a few.

Gloomier than U2, more accessible than the Cure, they remain a kind of '80s cult band, but the kind of cult band who would throw a full-scale press conference in Milan to announce a new album, their 14th full-length Spirit, and a world tour.

Formed in 1980 in Essex, England, by keyboard enthusiasts Martin Gore, Andy Fletcher and Vince Clarke — and soon to be joined by vocalist Dave Gahan — the photogenic group were originally slagged off as a new romantic boy band by much of the British press, despite Clarke's superior songwriting skills. When he split from the band (going on to form Yaz and eventually Erasure) after the release of Depeche Mode's 1981 debut Speak & Spell, the trio recruited Alan Wilder, with Gore stepping up as the group's main songwriter and bringing his gloomy disposition to their synth-pop. This lineup produced a string of albums about pain and salvation that became teenage bedroom staples and inspired artists from across the musical spectrum.

Originally a purely electronic group (early tours famously featured reel-to-reel tape machines on stage instead of a drummer), the addition of electric guitars made them rock stars. They closed out the '80s as headliners and MTV darlings in America.

In many ways, they should never have survived the 1990s (Gahan almost didn't; a 1995 suicide attempt was followed by a drug overdose that stopped his heart for two minutes). They lost Wilder then, too. But here they are in 2016, about to go around the world yet again and just recently announced as candidates for the Rock and Roll Hall of Fame.

With Spirit and a global tour on the horizon, as well as their newly released Video Singles Collection (a DVD box with more than four hours of clips), it's the perfect time to get established with the band's heady discography. Below, find Exclaim!'s Essential Guide to Depeche Mode. It's a bit of a drag to note that the last great Depeche Mode record came out over a decade ago. But on the plus side, how many bands put out something this good in their 25th year? Especially coming on the heels of 2001's dreadful Exciter (see below), the group's 11th studio album was quite a victory, and the first since the departure of Alan Wilder to please most hardcore fans.

The very first note is a buzz-saw alarm blast at the intensity normally reserved for air raid sirens, but Playing the Angel is never overly bombastic. Rather, it succeeds because it's not trying too hard, with chill analogue synths at the forefront alongside Dave Gahan's matured baritone croon. The delicate "Precious" can be counted amongst their best singles, as pretty a song as one can craft about worrying about your kids in the middle of a divorce. "The Sinner in Me" is slick and sleazy. "Lillian" offers Gore's usual obsessive take on the ladies ("I should have known / Every dress you own / Is a loaded gun"). Even Gahan scores a win with the driving "Suffer Well," one of three songs he wrote for this record. The highlight, though, is their sexed up re-imagining of "John the Revelator," a Biblical traditional.

It would be cliché to call this their "return to form" but it's certainly the sound of some '80s icons planting their feet firmly in the new millennium. 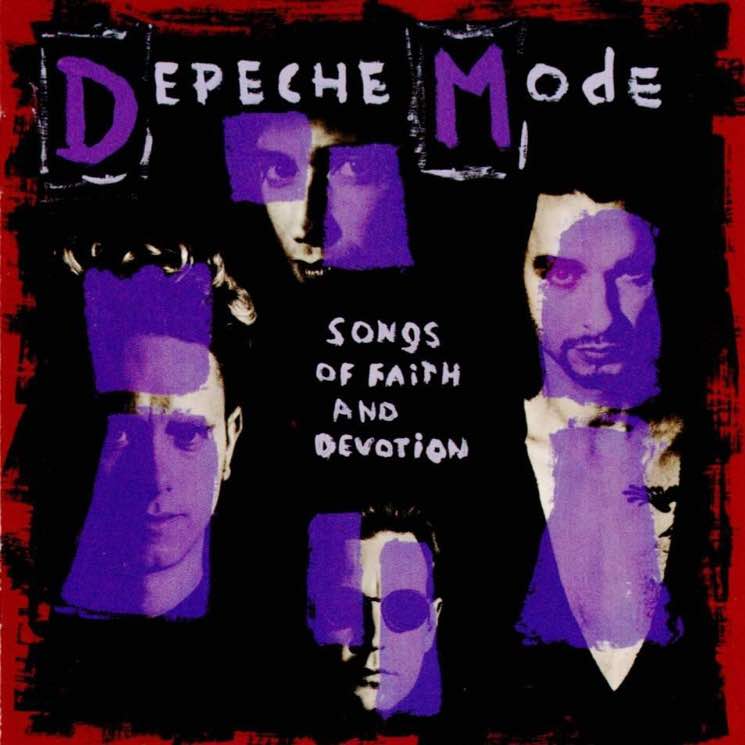 Alternative rock was in full swing and the former synth-pop boy band took it head-on with their darkest, most aggressive record yet. There are moments of harmony — "Condemnation" takes the band's longstanding religious obsessions to church finally, with Gahan unleashing his not-so-secret gospel singer — but the main theme is tension. Opening track "I Feel You" hits like a car crash, "Mercy in You" unsettles even as it seduces and "In Your Room" is just pure sex on tape.

Songs of Faith and Devotion doubled down on the dark romance of 1990's Violator and became Depeche Mode's first album to hit No. 1 on America's Billboard 200. (It remains the only one to do so.) It was also the end of an era — behind the scenes the band were fracturing, and Wilder — key to the band's arrangements — left shortly after the supporting tour. 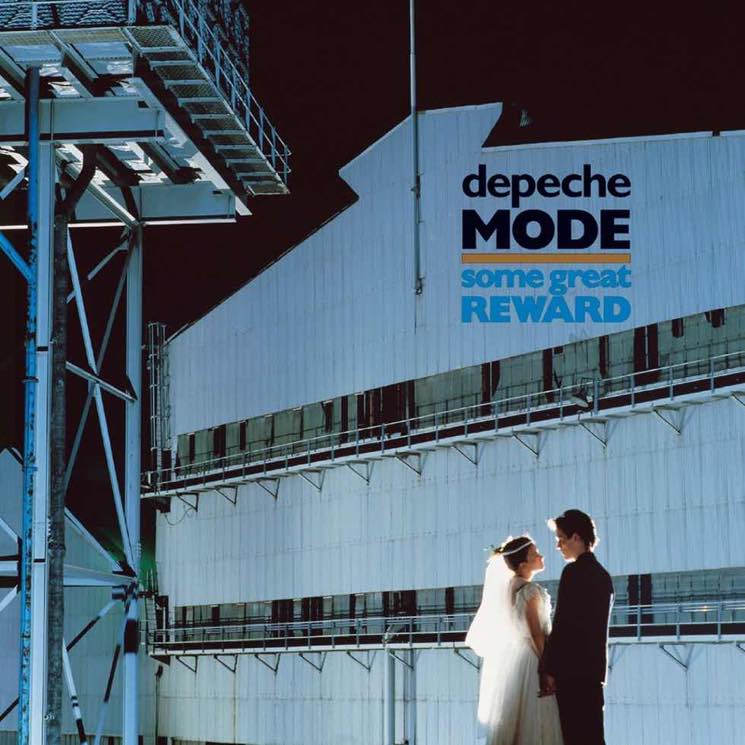 Depeche Mode's fourth album marked the beginning of the band's transformation from bouncy dance-pop towards more complex sounds and emotions. Some Great Reward is the most accomplished of the band's early releases, and the easiest to appreciate with modern ears (sorry, Vince Clark faithful), with the possible exception of North American breakthrough hit "People Are People." The song seems naïve in hindsight, its perky "What makes a man hate another man? / Help me understand" lyrics as dated as a United Colors of Benetton ad.

Yet the cling clang in that track signalled the arrival of Depeche Mode's industrial age. Inspired by the scrap metal percussion experiments of the likes of Germany's Einstürzende Neubauten, the band embraced noise and clatter, most masterfully on "Master and Servant," a playful call-and-response about BDSM that surely flipped a switch in a young Trent Reznor — you can draw a line from here directly to NIN's Pretty Hate Machine. But it's perhaps the quiet piano ballad "Somebody," with Martin Gore on vocals in full-on sad boy mode (legend has it he recorded the track nude), that most defines this era of DM — juvenile and melodramatic, but searching and reaching for something more, a group on the verge of stadium stardom. 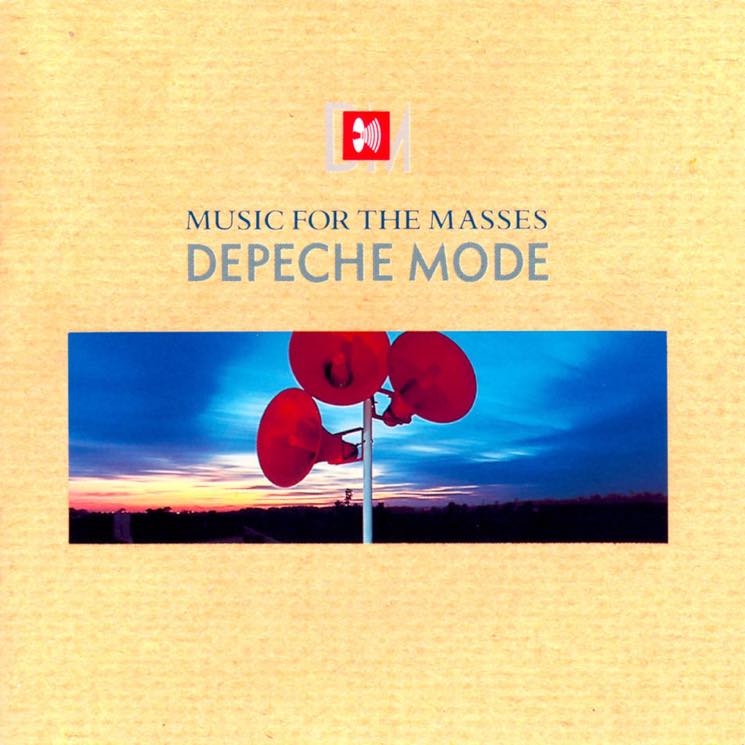 Title Music for the Masses may have been an in-joke at the start, but it worked. Depeche Mode's sixth record propelled the band to mainstream success outside of the UK, and with good reason: singles like "Never Let Me Down Again" and "Strangelove" were written stadium-sized, with more monstrous production by Wilder and producer David Bascombe and sexy black and white music videos by Anton Corbijn. Throw this album on today for the first time and you'd be hard pressed to date it as having been recorded in the 1980s. The band hired producer Flood (fresh off engineering U2's The Joshua Tree and co-producing NIN's Pretty Hate Machine), and together created their masterpiece, a technical landmark in production that stands as one of the best synth-pop music albums ever made. That its centerpiece is "Personal Jesus," a track driven by electric guitars, is not ironic but prescient.

Wilder has explained that Violator marked a change from sampling individual drum sounds towards using whole drum loops ("Flood and I were listening to quite a lot of hip-hop records at the time"), and the dark vibes and spaciousness in the production has been in turn an influence on the alternative R&B records of today. Violator also boasts the brilliantly crafted hits "Policy of Truth" and "World in My Eyes," but really, it's all killer no filler from start to finish. The less that can be said about the solo projects from Dave Gahan and Martin Gore, the better. And 2001's acoustic-electric Exciter, (not to be confused with electro-acoustic), was not one of their better experiments. Black Celebration is Depeche Mode at their gothiest. In 1986, that wasn't a hit with their fans nor critics, but looking back, songs like "Fly on the Windscreen" and "Stripped" were templates for the funereal erotica that would do so well for them later. It's a solid deeper dive.

The 1989 live record 101 is the soundtrack to the documentary of the same name, but the 95-minute album stands on its own. This is the band at their least pretentious. When Gahan demands the 60,000-strong audience sing out to 1983's "Everything Counts," they respond in full force, and the sound is of pure joy.