By Ian Gormely
Published Mar 29, 2016
It would be easy to fill a list of Bob Mould's essential work just with Hüsker Dü releases. The Minneapolis power trio remain massively influential, blazing a trail for countless more influential bands to come, not to mention basically inventing modern rock in the process. Their legend continues to overshadow every project its three members undertake.

Yet ignoring Mould's subsequent career would be terribly misleading. In the three decades since the Dü split, the singer-guitarist has remained incredibly prolific, regularly producing good to great records that, at times, share equal footing with his most famous work. With the release of his latest solo record, Patch the Sky, we offer up our Essential Guide to Bob Mould's frequently brilliant, multi-phase career.


While Mould has released plenty of worthy records under his own name over the years, few find the musician as comfortable with where he is in life as Silver Age. Coming off the one-two punch of 2009's return to form Life and Times and his 2011 autobiography with Michael Azerrad, See a Little Light: The Trail of Rage and Melody, Mould crafted this full-blown power-pop record with bass player Jason Narducy and drummer Jon Wurster (Superchunk, the Mountain Goats), who have been with him ever since. Everything clicks here — crunchy guitars, soaring melodies and an overwhelming sense of purpose that propel the band through the record's ten tracks in just 38 minutes. At an age where he should be well into his dad-rock phase, Mould delivered his greatest collection of songs since his days with Sugar. 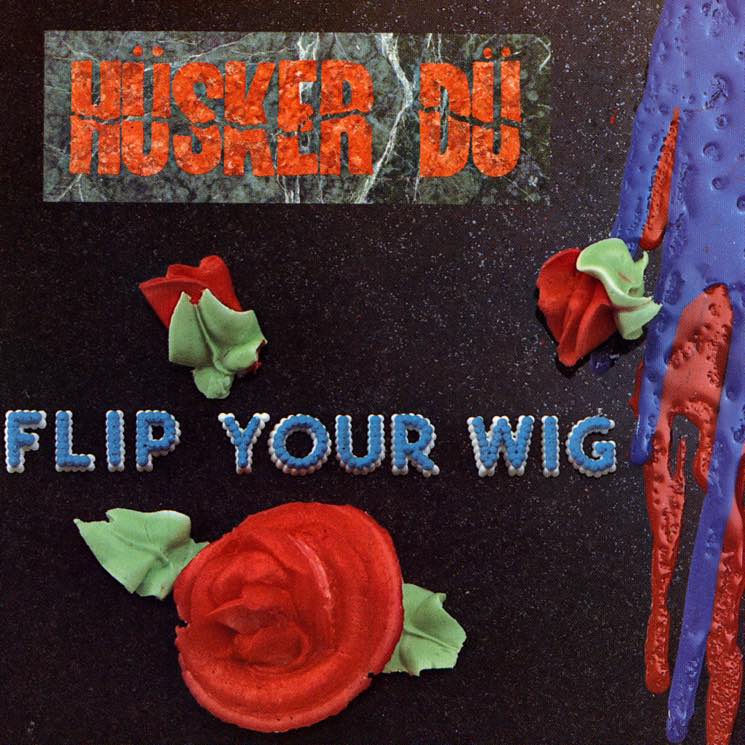 Husker Dü's run of records from 1983 to 1985 was as impressive as any in punk/alt-rock history. Coming on the heels of Zen Arcade and New Day Rising, though, has ensured that Flip Your Wig's legend is perpetually eclipsed by those towering totems of the era. Yet Flip Your Wig, a culmination of the band's metamorphosis, stands toe to toe with those records. For the first time, drummer Grant Hart contributes half the songs here, and his more tender compositions, like "Green Eyes," are a perfect juxtaposition for Mould's midtempo anthems like "Makes No Sense at All" and "Hate Paper Doll." While it lacks the drastic sonic shifts that typified its two predecessors, Flip Your Wig remains a towering achievement that Mould himself admitted was his favourite Hüsker Dü album. 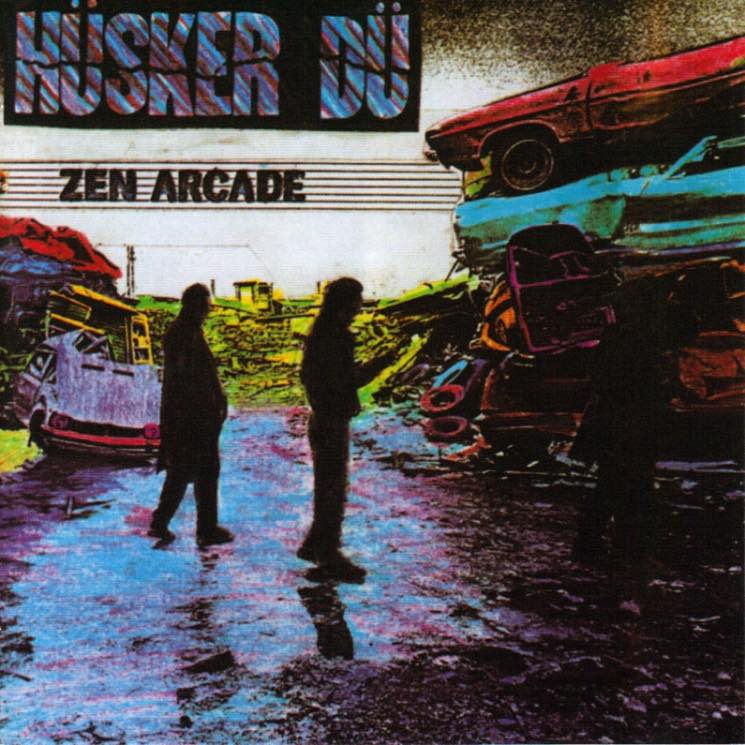 Many would argue that this should be number one with a bullet, and they wouldn't necessarily be wrong. Zen Arcade was a landmark record for both Hüsker Dü and the American indie underground in general. It's a sprawling double-album that found the band moving away from the hardcore blitzkrieg that had defined them up to that point. The genre was showing signs of calcifying, and Zen Arcade pointed the way forward. While many fans embrace its diversity of sounds ("Reoccurring Dreams," "Hare Krishna"), those qualities made the record feel a tad inconsistent to some, and coupled with Spot's notoriously thin production, Zen can still be an intimidating and alienating listen for first-timers. Yet, it captures every facet of Hüsker Dü's sound, and is a crucial piece of their — and the entire '80s American indie underground's — story. Neither they, nor Mould, would ever sound this ambitious again. 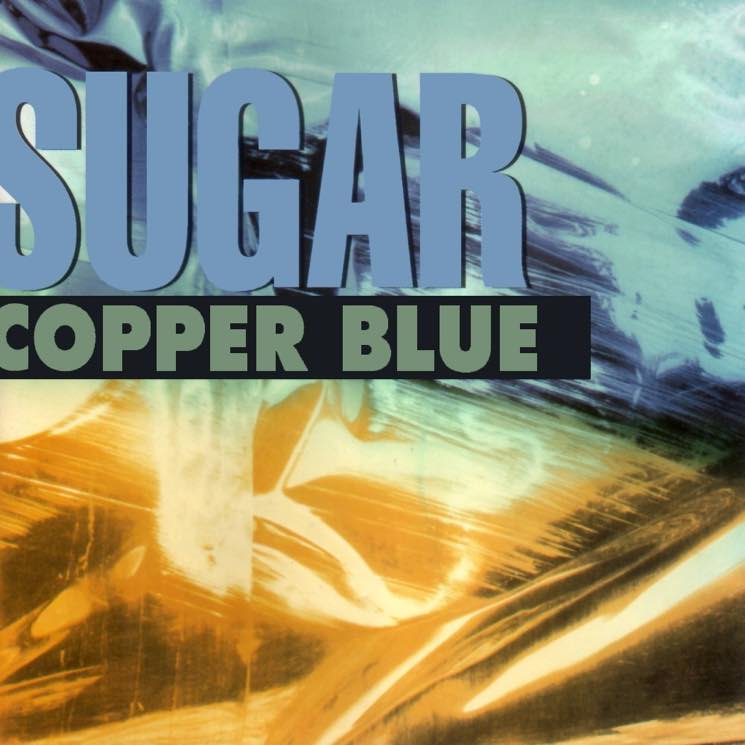 With such a tiny discography, you really can't go wrong with any of the records Mould released while working with David Barbe and Malcolm Travis as Sugar, but Copper Blue, the band's debut, is Mould's punk-tinged vision of power-pop fully realized. Inspired after hearing My Bloody Valentine's Loveless, Mould's guitar sounds huge, resonating with inviting warmth that would typify Sugar's sound. It's Mould's ability to weave sticky melodies between the riffs, though, that really set Sugar apart from what had come before. Copper Blue was a bright light amongst the trudging and dour alt-rock that ruled airwaves in 1992, and was named album of the year by the NME in England, where the band were embraced by critics and the general public alike. Sugar remain Mould's most commercially successful endeavour, but like so much of his projects, were overshadowed by what they'd inspire — you can basically draw a straight line from Copper Blue to Foo Fighters' The Colour and the Shape. Still, there's really nothing better than the real thing, and it starts right here. 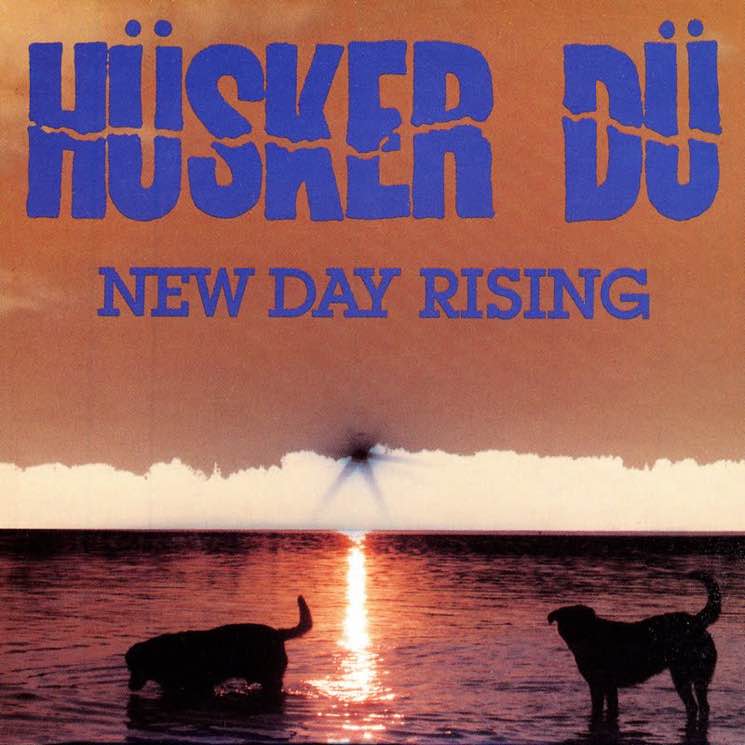 Released just a year after Zen Arcade, New Day Rising was the culmination of Hüsker Dü's transition from hardcore into what would later be dubbed alt-rock. That's not to say the fury was gone — the pounding drums of the title track that opens the record certainly reassure fans that the band still know how to rage with the best of them. Hart makes some key contributions here ("The Girl Who Lives on Heaven Hill" remains one of the band's best), and New Day Rising was the last time Mould would handle the majority of songwriting duties on a Hüsker Dü record. He makes the most of it, though, as his ability to channel the band's energy into more pop-minded territory with songs like "I Apologize" came into full bloom here, setting the group apart from their peers and foreshadowing Mould's post-Dü career.

Perhaps the one record that pleases fans of both phases of the band's career — Swedish hardcore band 59 Times the Pain took their name from the song of the same name, while both Japandroids and the Hold Steady have professed their love for the album — New Day Rising is both a high watermark in Mould's career and as good a place as any to start for anyone interested in diving into the singer-guitarist's impressively dense discography. 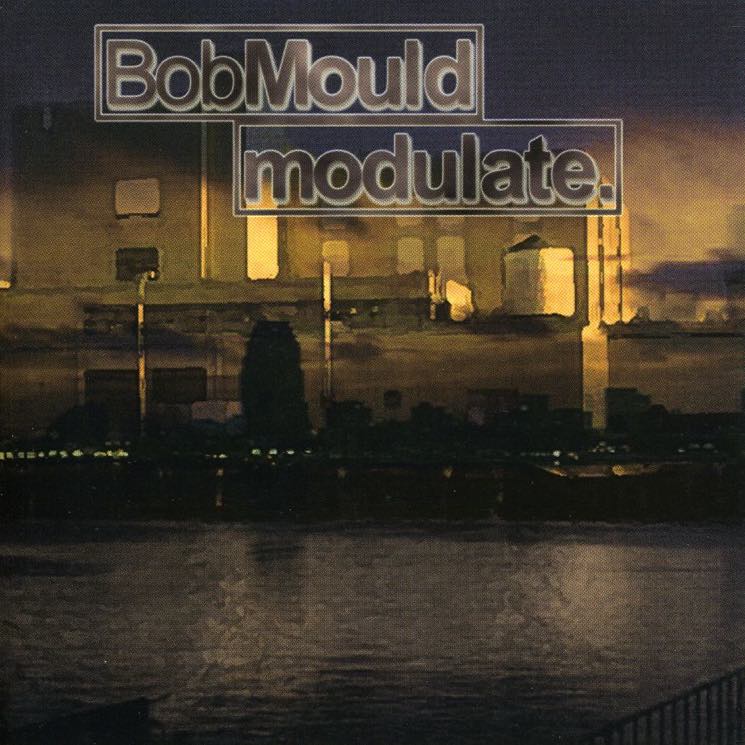 By the late '90s, Mould was burned out on guitar rock. Living in New York, he immersed himself in the city's dance scene, but while he credits this period with reinvigorating his interest in music, it resulted in some of the spottiest material of his career. Released in 2002, Modulate, like so many ill-advised excursions into electronica from this period, isn't a dance record; it's a rock record made with keyboards and drum machines. It didn't sound great then, and it's aged poorly. Long Playing Grooves came out that same year, but Mould smartly opted to release it under a different name (LoudBomb). Finally, named after the weekly dance party he hosted with Richard Morel in Washington, D.C., 2006's Blowoff is probably the least offensive project from this era, but certainly still far from the kind of guitar rock with which Mould is synonymous. 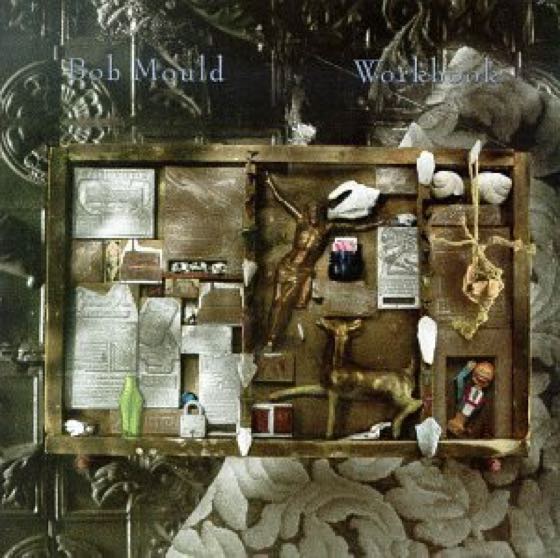 You can break Mould's solo career into several distinct phases, the best of which tend to revolve around power trios. The pair of records he released between the Dü's split and the formation of Sugar are surprisingly different, though. Although both were recorded with Pere Ubu's rhythm section (bass player Tony Maimone and drummer Anton Fier), Workbook (1989) is a mostly acoustic affair, while Black Sheets of Rain (1990), released a year later, presages Sugar's fuzzy power-pop.

Both are great next steps in exploring Mould's discography, as is his most recent run of solo records. While 2005's Body of Song and 2008's District Line still feature flashes of Mould's electronic experiments (and Fugazi's Brendan Canty on drums) that make them feel a little too "of their time," his run of records from 2009's Life and Times on through Patch the Sky — including 2012's aforementioned Silver Age and 2014's Beauty and Ruin — has been an extraordinary return to form for the musician. Despite now being 55 years old, Mould still rages like a man in his 30s. That he makes this seem so effortless is just another testament to his enduring brilliance.