By Brock Thiessen & Alex Hudson
Published Oct 30, 2013
Halloween is upon us, and if you're anything like us here at Exclaim!, you're looking for the perfect music to serve as the soundtrack for your night of costumes, candy and creepiness. That's why we've put together this list of Halloween-appropriate albums to listen to as you greet trick-or-treaters, host a party or otherwise celebrate All Hallows' Eve.

For this list, we've focused solely on newly released or recently reissued albums, so don't complain about how we didn't include "Monster Mash" or the X-Files soundtrack or some such thing. Furthermore, we should point out that not all of these albums are explicitly horror-themed, but they will all work nicely to set a spooky mood.

For even more Halloween selections, check out last year's list of 10 Horror Soundtracks No Halloween Should Be Without. 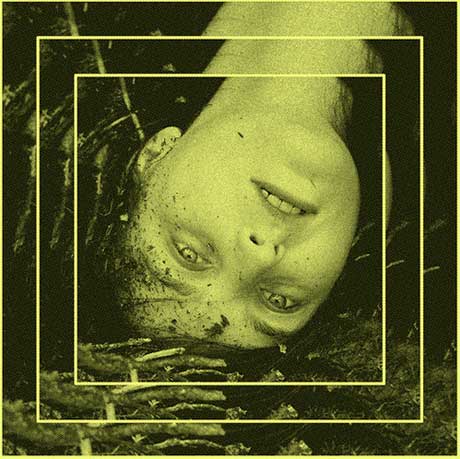 As the singer-guitarist of Halifax's Dog Day, Seth Smith creates punchy pop rock, but he indulged all his creepiest whims when soundtracking his own surreal horror film, Lowlife. An appropriately chilling accompaniment to the movie's surreal tone and druggy subject matter, Smith's score consists of rickety soundscapes, jarring minimalism and eerie dissonance. The newly released album is available on cassette, and the tape hiss is bound to make it even scarier. 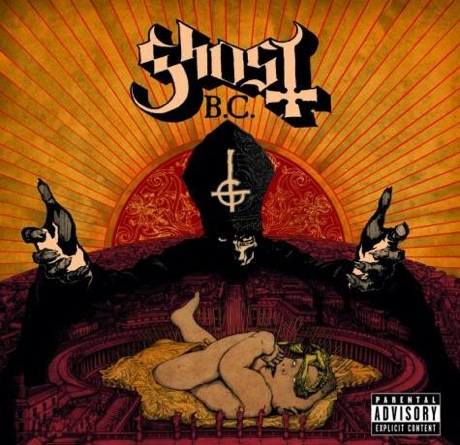 Swedish band Ghost B.C. embody everything that makes Halloween so much fun. They're ghoulishly scary, love theatrical costumes, and are more than a little ridiculous. People love to debate whether they're a real heavy metal band; in this case, that issue is irrelevant, since their latest album, Infestissumam, contains more than enough melodic carnival metal get everyone in the mood for trick-or-treating. 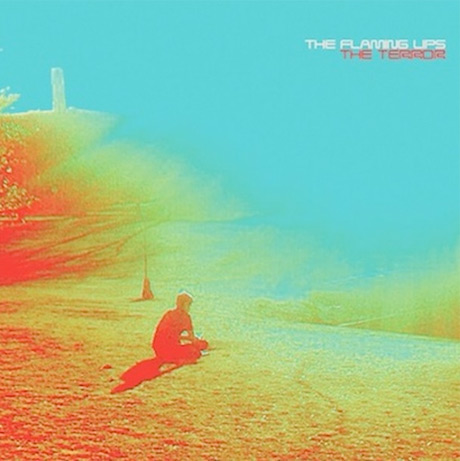 For many years, the Flaming Lips were known as a bunch of goofs with a penchant for sugary keyboard tones and funny lyrics, but anyone who goes into The Terror expecting songs about pink robots will be sorely disappointed. These nine songs are dark and abrasive in their miserablist sprawl, with the 13-minute "You Lust" standing out as the most masochistically bleak track of all. If you're looking for a Halloween record to make you give up hope in humanity, The Terror is it. 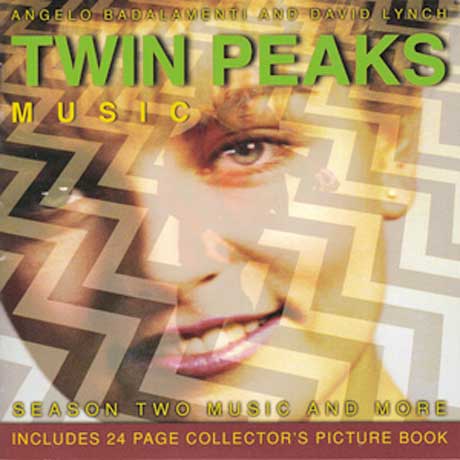 The Twin Peaks score is a stone cold classic that's appropriate for any season, but Halloween is a particularly ideal time to listen to the soundtrack, whose second season was recently unearthed by Sacred Bones. With elements of jazz, blues, discordant experimentalism, celestial synthscapes and more, it's got just the right amount of eeriness, levity and serene beauty. And since this is Season Two, it has "Just You," that awesomely weird pop waltz by cast members James Marshall, Sheryl Lee and Lara Flynn Boyle.

6. Umberto
From the Grave
(Permanent) 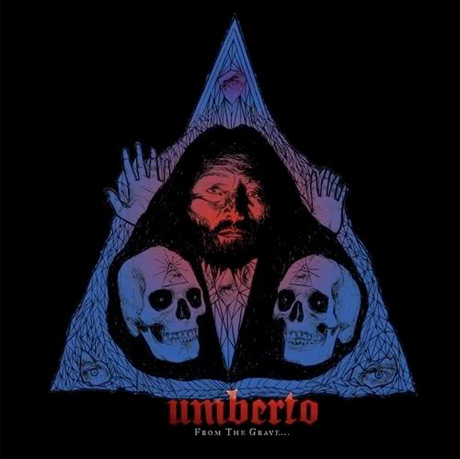 Pretty much any Umberto album will do for Halloween, but you'd be wise to spin this new repress of 2010's From the Grave, the debut full-length from Matt Hill's horror-worshipping project. Sure, it's more lo-fi than Umberto's recent albums, but the muddy, treble-vacant aesthetic only adds to the spook factor. Plus, From the Grave contains some of Hill's best tracks, showing he can take a decades-old formula created by the likes of John Carpenter and Fabio Frizzi and push it into some great — and eerie — new directions.

British producer Bobby Krlic's latest album as the Haxan Cloak, Excavation, is an instrumental exploration of the journey after death, in which the deceased disconnects from the world and enters a new realm. Clearly, Krlic's vision of death isn't all bright light and heavenly ascension, since these chilly electronic meditations and threatening mood pieces are steeped in the terror of the unknown. And did we mention that the album cover shows a swinging rope curled into a noose-like loop? 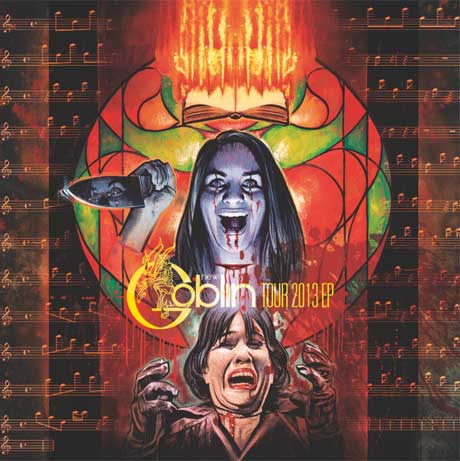 Perhaps the most Halloween-appropriate band ever, Goblin outdid themselves this spooky season by treating fans to not only the Italian horror/prog masters' first-ever North American tour but this amazing mini-offering. Including four of Goblin's most iconic tracks from the '70s/'80s — "Roller," "Profondo Rosso," "Tenebre" and, of course, "Suspiria" — redone by the band's current live lineup, the songs sound as evil and sinister as ever, if not even more so. For proof, simply spin Side B to get an earful of Claudio Simonetti's amped-up witch chants on the brilliantly redone "Suspiria." Spine chills guaranteed. 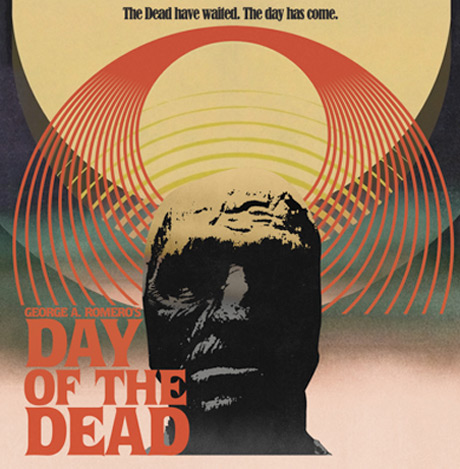 The soundtrack to Day of the Dead has got kind of a bum rap over the years, mainly due to the fact that George A. Romero's previous zombie flick, 1978's Dawn of the Dead, was penned courtesy of horror soundtrack masters Goblin. But as Waxwork Records' recent vinyl reissue proves, John Harrison did a killer job scoring the 1985 sequel. Not only can Harrison's synth-fuelled work be creepy as hell, but it's surprisingly tender as well, making this one great for those more sensitive trick-or-treaters out there. This reissue is made all that much better thanks to an essential bonus LP of cues, a great remastering job and some of our most loved artwork of the year courtesy of artist Jay Shaw.

2. Roky Erickson
Evil One
(Light in the Attic) 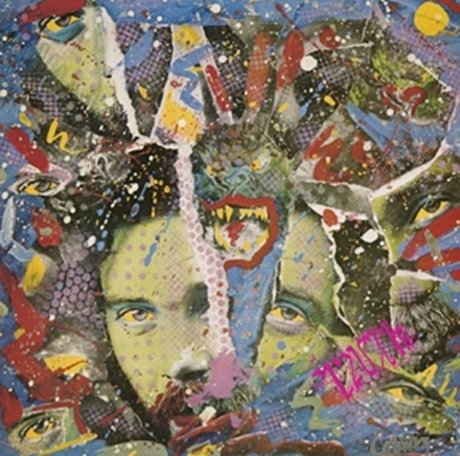 Roky Erickson is one weird and wild dude, and the 13th Floor Elevators legend definitely proves that on Evil One. Complete with tracks about zombies, vampires, demons and even creatures with the atom brain, the album fits perfectly with the spookiest of seasons, and luckily for us, Light in the Attic just treated it to a stellar reissue to prove it to us. As the label put it, "The B-movie demons he exorcised on this record gave us one of hard rock's strangest, most inventive albums" — something we agree with 100 percent. 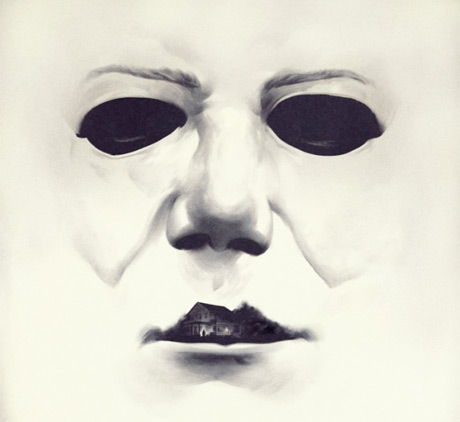 Yes, this is the most obvious pick ever, but have you seen what Mondo is doing to this stone cold classic? Not only is the U.S. soundtrack hub reissuing John Carpenter's synth opus of a score to his 1978 film Halloween tomorrow (October 31), but for the first time ever on the vinyl, the original 11-track LP will be expanded to a whopping 28 songs, which will be cut on two 180-gram, 45 rpm records. Plus, orange variants will be randomly inserted into select copies, while that amazing new artwork has already given us a nightmare or three. Oh, and to go along with all that fancy wax, Mondo is releasing some amazing Halloween-themed slipmats. You couldn't ask for anything more fiendishly perfect.