By Exclaim! Staff
Published Oct 30, 2014
Halloween traditions, of course, come with many spooky delights. First, there's pumpkin carving and Trick-or-Treating for the little costumed ones, while the teens in your neighbourhood may just end up dressing in their civvies as they egg houses and light off an explosive array of roman candles and M-80s. On the adult side of things, chances are some clubgoer dressed like a cut-rate king of the underworld is going to be doing blood and bourbon shots alongside a Daenerys Targaryen roleplayer with a dragon sewn to her shoulder. But what, you may ask, will be scoring each seasonal freak's evening?

If you need a helping hand to guide you towards the perfect haunted holiday playlist, Exclaim! has gathered up a creepy list of records released this year — and only this year — that intend to terrify. From recent reissues of old-school movie scores, to unintentionally appropriate soundscapes seemingly unearthed from the depths of a demon's pit, here are but a few of the freakiest LPs to surface in 2014.

For even more spooky sounds, you can see our previously annual Halloween lists for 2013 here and 2012 here.

10 Essential Albums for Your Halloween 2014 Playlist: 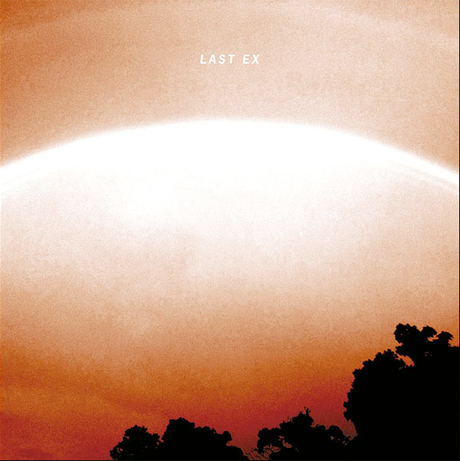 Timber Timbre have long been known for their creepiness, and spinoff project Last Ex up the ante by stripping away the vocals and placing all of the emphasis on the dark textures and unsettling moods. The group is led by Timber Timbre members Simon Trottier and Olivier Fairfield, who based this material around a scrapped soundtrack for the horror film The Last Exorcism Part II. Not unlike Timber Timbre, these songs use guitar twang, dissonant strings, synthesized tension and organic rhythms to effectively reimagine an ambient horror score in a rock band context. (Alex Hudson) 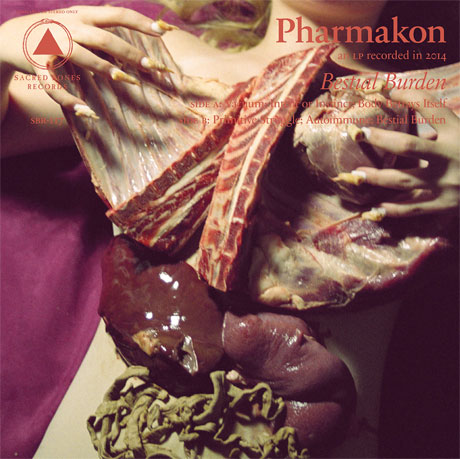 An unexpected emergency surgery may have sidelined noise artist Pharmakon (a.k.a. Margaret Chardiet) temporarily, but the life-threatening experience ended up inspiring her strongest and unquestionably scariest set yet, Bestial Burden. The body horror film genre finds its spiritual sibling in Bestial Burden, whose gut-wrenching industrial beats and viscous guitar loops blister beneath layers of Chardiet's ultra-pained shrieks, unsettling panic attacks and a cough-and-gurgle fit that'd turn the stomachs of even the most devout gore fan. Central to the narrative of tracks like "Body Betrays Itself" is the idea that our consciousnesses aren't necessarily in tune with the intricacies of our organs. If the concept of not ever being fully in control of your body doesn't send a shiver up your spine, just cue up Bestial Burden's jarring plains another few spins and let the horror sink in. (Gregory Adams) 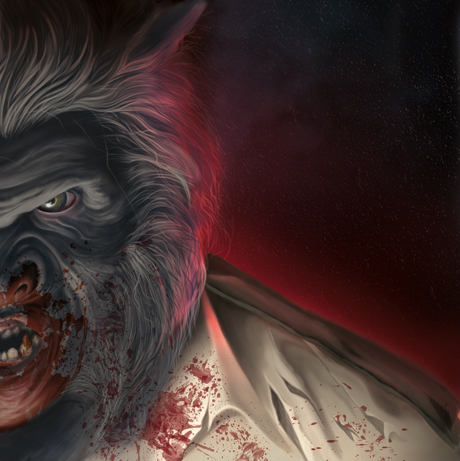 What's spookier than swirling synth textures? How about swirling synth textures plus pummelling, psychedelic hard rock? Saskatoon outfit Shooting Guns deliver just that on the soundtrack for the recent Canadian horror-comedy film WolfCop. The first few of these 18 largely instrumental cuts place the emphasis on head-banging six-string riffage akin to classic Black Sabbath, but the rest of the album also makes room for skin-crawling mood pieces, burbling arpeggiators and sinister electronics. It all ends with "One More Day," a slapstick old-time country number, which is fitting given that no Halloween is complete without a little corny humour. (Alex Hudson) 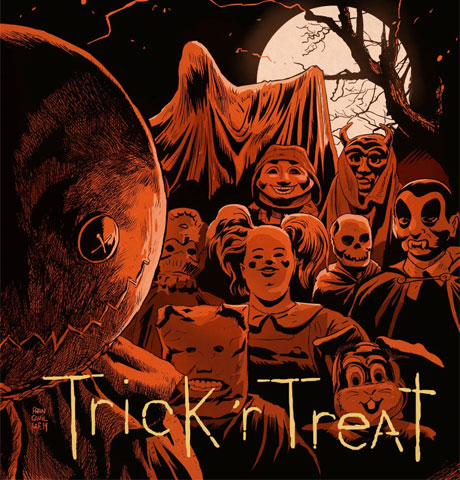 Douglas Pipes' soundtrack for the 2007 cult classic Trick 'r Treat isn't our favourite album on this list, but it's definitely the most seasonally appropriate. Everything about this album is pure Halloween: there are tinkling pianos offset by ominous blasts of strings and brass, with the whole thing sounding a bit like it came from a Tim Burton fable. Even more appropriate than the music is the package it comes in. Waxwork Records has pressed the vinyl in three coloured editions: orange, black and orange swirl, and something called "candy corn splatter." There's even a picture disc version with jack-o'-lantern faces. As an added bonus, the set comes comes with a disc of sounds effects, specifically designed for your haunted house. If you're looking to freak out trick-or-treaters, this is one sure way to get it done. (Alex Hudson) 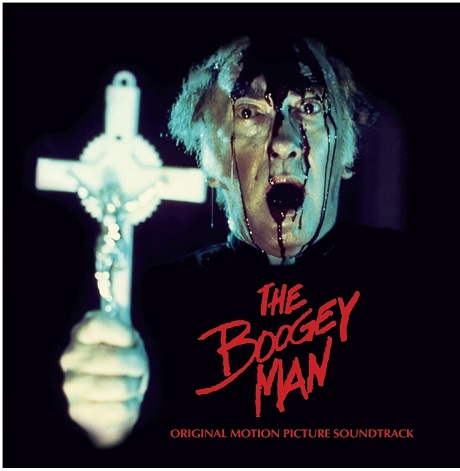 Nothing quite says Halloween like ethereal horror synths, and luckily for all you ghouls and ghosts out there, that's something Tom Krog's Boogey Man is full of. Initially released in 1980, the impossible-to-find score got a much-deserved second lease on life this year courtesy of a vinyl reissue from Motionsound Records, and it's easy to hear why. Taking a page straight out of John Carpenter's Halloween III, it's as chilling as it is straight-up gorgeous, weaving nursery rhyme melodies with atmospheric new age tropes, darkened electronic experimentation and classic horror-score eeriness. While this one is really good anytime of the year, it sounds especially chilling right about now. As an added bonus, the reissue may boast the most evil-looking album art of 2014. (Brock Thiessen)

Combining the doom-driven rumble of beloved drone metal druids Sunn O))) with the terrifying avant-garde artistry of one-time '60s pop crooner Scott Walker for Soused sounds like a match made in hell, and it definitely makes for a most terrifying team-up. Following a fumbled opportunity to collaborate on Sunn O)))'s 2009 set Monoliths & Dimensions, the artists waste no time crafting unsettlingly spacious and arcane pieces on Soused. Opener "Brando" paints a painful picture via the bowel-obliterating blasts of bass, the decadent cracking of a whip and Walker's unnerving admission that "a beating would do me good." Elsewhere he recites Latin incantations, compares himself to a kinky devil on "Fetish" and lets "Lullaby" be consumed by a vortex of vicious tones and uncomfortably intimate requests. We don't expect you'll be falling asleep comfortably with Soused cranked high. (Gregory Adams) 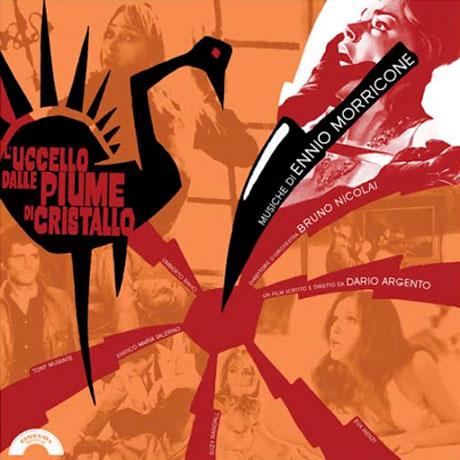 No good Halloween playlist is complete without at least one giallo score, and much to our delight, some of the genre's finest moments saw re-release this year, including maestro Ennio Morricone's jaw-dropper of a soundtrack L'Uccello Dalle Piume di Cristallo (a.k.a. The Bird with the Crystal Plumage). Courtesy of reissue masters AMS, the newly repackaged vinyl edition of this soundtrack to Dario Argento's classic 1970 film serves as a stellar reminder of just why Morricone's work is still trailed by such words of praise like "legendary," "breathtaking" and "timeless." From the beautifully whispered "la la la's" of the score's opening moments (which just so happened to also pop up on Flying Lotus's new You're Dead! LP), it's one stunner after another, showing not only Morricone's tender, lounge-y side but his freaky free-jazz tendencies, as well as his disturbingly dark take on horror. L'Uccello Dalle Piume di Cristallo is for those looking to class up their Halloween in 2014 and let it all play out in style. Who cares if it gets a little bloody along the way. (Brock Thiessen) 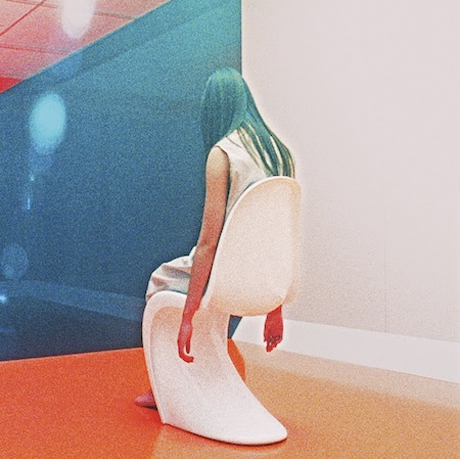 Jeremy Schmidt may be best known as the keyboardist from Vancouver stoner rock demigods Black Mountain. In his spare time, however, Schmidt is a renowned connoisseur of analogue synths, and his solo music as Sinoia Caves has all of Black Mountain's menace but without the amp-cranked catharsis. Beyond the Black Rainbow is his long-awaited soundtrack to the 2010 sci-fi horror film of the same name, and it sets the mood with ominous percussion, futuristic arpeggiators, hair-raising organs and synth melodies that recall classic John Carpenter creepiness. Throw in a 16-minute piece of droning sound design ("1966 - Let the New Age of Enlightenment Begin"), and it's sure to give you goosebumps in the best way imaginable. (Alex Hudson) 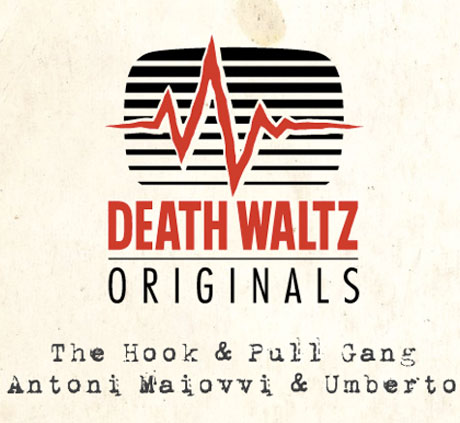 As if Death Waltz weren't already spoiling horror fans enough, the soundtrack hub branched out this year via the side-label Death Waltz Originals, effectively blowing away all expectations via this fall's inaugural release The Hook & Pull Gang by Umberto & Anton Maiovvi. Serving as a re-score to classic 1974 splatterfest Texas Chainsaw Massacre, it's everything you'd expect from the veteran horror synth-loving pair and more. Doom and gloom drone-outs, spooky-ooky atmospherics and, of course, chainsaw-ripping synths all fill this epic double-LP. Add in some booming tribal-charged drums, and it's a seriously intense listen — not to mention one of the finest moments in DW history. Pop a bowl of popcorn, dim those lights and cue up The Hook & Pull Gang because Leatherface and the gang are feeling more gorily sinister than ever. (Brock Thiessen) 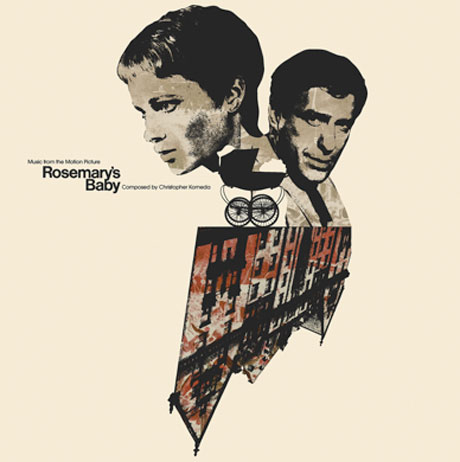 When we think of classic movie monsters, names like Dracula, Freddie Krueger and Jason Voorhees tend to pop up regularly. Well, Rosemary's Baby didn't just trump all of that with its inclusion of the sexually deviant Devil, but with the more unsettling thought that the real villains of the movie are Rosemary Woodhouse's friends and family. Like this revelation, Krzysztof Komeda's masterful aural accompaniment to Roman Polanski's supernatural 1968 psychodrama creeps up on you. Whether it be Mia Farrow's eerie and childlike "la la la" on "Lullaby" to the positively satanic rites read over the possessed piping of woodwinds on the "Coven" cues, Komeda's work chills to the core the further it unfolds. This year, soundtrack specialists Waxwork Recordings gave the soundtrack a beautifully packaged repress more than worth giving up your first newborn for. (Gregory Adams)