By Josiah Hughes
Published Dec 12, 2016
Last month, we learned that Universal Parks and Resorts was planning to add Nintendo-themed attractions to its three theme parks. Now, we finally get a more tangible taste of the expansions.

Universal Studios Japan released a press release, revealing the theme park's official name. It will be called Super Nintendo World, and the goal is to have it open by the 2020 Olympics in Tokyo. The expansion is set to cost upwards of 50 billion yen (or $570.5 million CAD).

Here are some other details, via the press release:

Super Nintendo World will feature characters and themes from the "Super Mario" series, which has continued over the years to win the hearts of devoted fans around the world. The attraction area will also feature a variety of other globally popular Nintendo characters. Nintendo characters and the worlds they inhabit will be re-created at the highest level of quality through the strong partnership between Mr. Shigeru Miyamoto, Creative Fellow at Nintendo, and Mark Woodbury, President of Universal Creative, renowned for creative and technical excellence.

Best of all, you can see the first official concept art for the park below. The Japanese version of the park is expected to be similar in scope to the ones built in Florida and Los Angeles. 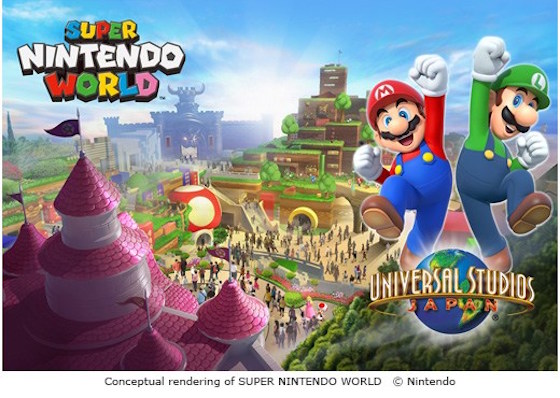