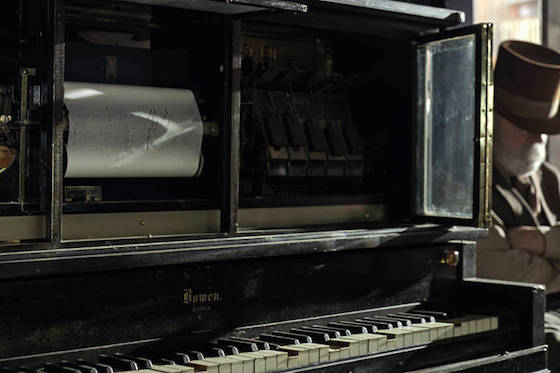 Want to convey gravitas in the cheapest, least subtle way possible? Why not use a sombre cover of a pop song in your film or TV project? That technique completely and absolutely jumped the shark in 2016.

Suicide Squad offered up a goofy, melodramatic cover of the Bee Gees' "I Started a Joke" in its trailer, while the recent Transformers: The Last Knight teaser went one step further and offered up a sad robo-goth take on the Flaming Lips' "Do You Realize??" Plus, who could forget the goofy-ass Radiohead covers distracting us from the confusing plot twists in Westworld? Maybe it's time for film and TV companies to start hiring actual composers for their projects. 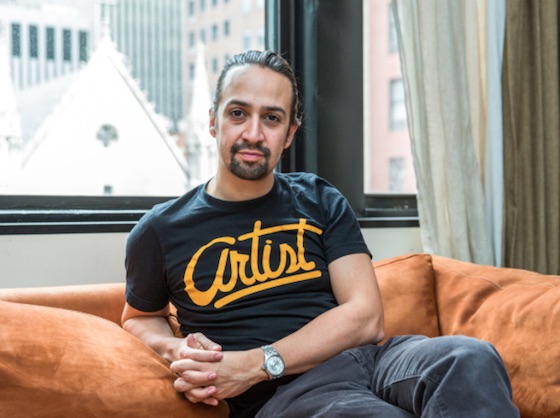 It was an undeniably great year for rap music, with truly excellent albums arriving from the likes of Chance the Rapper, Kanye West and A Tribe Called Quest, among many others. It was also, unfortunately, a year filled with plenty of "my name is ___ and I'm here to say" hippity hoppity rappity rap from do-gooders like Lin-Manuel Miranda and Macklemore.

Then there was Lin-Manuel Miranda, the goateed hip-hopper who delivered after-school special raps via his ever-popular Hamilton musical. As if that weren't enough, your boy somehow convinced half of hip-hop to perform on his groan-worthy Hamilton Mixtape. Then there was his painfully corny pro-Hillary Clinton rap, which was so on-the-nose that it gave us a nosebleed. 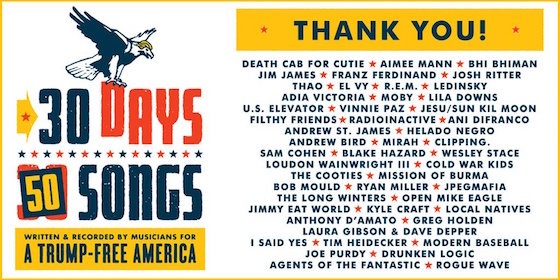 Miranda wasn't the only one hamming it up for Hillary this year, as a number of artists tried to sway the election in her favour with their musical pursuits. Unfortunately, when you're dealing with a viscerally angry and extremely dangerous right, you've probably got to do a little better than having Lena Dunham or Le Tigre rap about pantsuits. For an even limper attempt at swinging the election, Dave fucking Eggers signed up a bunch of light-rockin' alt dudes like Death Cab for Cutie and Rogue Wave to galvanize the left into action. They say protest music will be better than ever under Trump, but we're starting to think sing-along slacktivism is probably not as effective as actively engaging in political action. 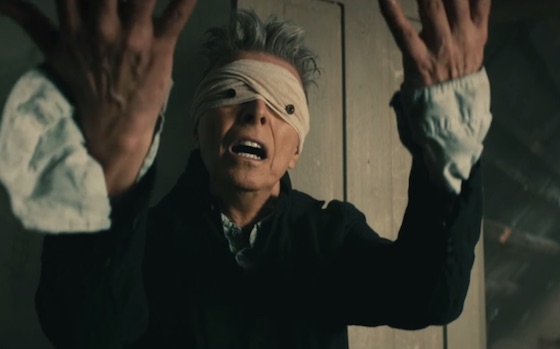 The spectre of mortality was particularly prevalent in pop culture this year. Legendary artists like David Bowie and Leonard Cohen foretold their respective passings with new albums before leaving us, while Prince died too soon by a tragic overdose. Then there was Gord Downie, an artist who, while still with us, prepared to say goodbye with albums and tours.

Further, we were reminded of the frailty of human life earlier this month when an Oakland DIY venue caught fire and claimed at least 36 lives — people who were simply enjoying a night of unbridled underground creativity.

Death is life's unavoidable foil, to be sure, but the loss of life-changing legends and the frustration of knowing that some of these deaths could have been prevented weighed heavily on the music world this year.
« Previous