Whether you think they're real or not, there's nothing like a good ghost story. For centuries, tales of the undead have dominated our campfire conversations, slumber parties and spooky soirees — and in Canada, we seem to have no shortage of them.

On November 4, Pacific Northwest Pictures releases Canadian director Ed Gass-Donnelly's (The Last Exorcism Part II, Small Town Murder Songs) latest film, Lavender, in select Canadian theatres. Starring Abbie Cornish, Dermot Mulroney, Justin Long and Homeland star Diego Klattenhoff, the spooky, psychological thriller, which recently had its world premiere at the Tribeca Film Festival, tells the story of Jane, a photographer whose life is thrown for a loop after a tragic car accident leaves her with haunting memories of a family she may have murdered 20 years earlier.

With that in mind, we scoured the web to find the most frightening ghost stories from coast to coast. Find them all below.


Exclaim!'s 11 Favourite Canadian Ghost Stories from Across the Country


The Vogue Theatre Spectres
Vancouver, BC

Exclaim! readers and Vancouverites will be familiar with this historic venue, which has played host to countless bands and theatrical performances since it first opened in 1941. But did you know about its two ghosts? The spirit of a dark-haired man has been sighted on countless occasions on the catwalk, near the main stage area and behind the scenes, while employees, patrons and performers alike have spotted a second gentleman who likes to sit in the front seating area wearing a black bowtie and tuxedo during performances.

Originally rumoured to be the inspiration for the Overlook Hotel in Stephen King's The Shining, the Banff Springs Hotel is a bona fide hotspot for fans of the paranormal. Rumours of a bride-to-be who fell down a flight of stairs and broke her neck, a retired bellhop who decided to make the hotel his home in the afterlife and a mysteriously missing room cemented over after a mass murder continue to haunt the hotel, which apparently tries to play down its spooky history.

Located south of Prince Albert and north of St. Louis, Saskatchewan, the St. Louis Light is a phenomenon involving a strange glowing light that seems to change in colour, brightness and shape, moving along a patch of abandoned railway line between the two towns. Legend has it that a drunken brakeman was decapitated by a passing train and continues to haunt the tracks looking for his head. Hilariously, two high school students from nearby La Ronge won a pair of gold medals at a local science fair for debunking the myth, sayings it's simply caused by the diffracting light of cars in the distance, but there are also claims of it being spotted long before the advent of mass marketed automobiles.

The Fort Garry Hotel Stranger
Winnipeg, MB
Originally built in 1913, this hotel's most famous haunting involves a woman who, overcome with grief after learning about the tragic death of her husband in an automobile accident, hung herself in the closet of room 202. There have been reports of blood trickling down its the walls, and in 2004 former Ontario Liberal MP Brenda Chamberlain claimed to be awoken by a strange, supernatural sensation of a person climbing into bed with her on two occasions while she was sleeping in the room.

The Ottawa Jail Hostel Bunkmate
Ottawa, ON
Long before it was a hostel popular with youth passing through the nation's capital or locals looking to party in a penitentiary, the Ottawa Jail Hostel was called the Carleton County Jail, a maximum-security prison that was in operation from 1862 to 1972. Guests have spotted a ghost clutching a bible at the bottom of their bunks on more than one occasion. The hostel is so scary that travel site/book publisher Lonely Planet named it the seventh spookiest building in the world.

McLennan Library's Paranormal Activity
Montreal, QC
With a special collections boasting a bloody towel applied to Abraham Lincoln's head after he was fatally shot by John Wilkes Booth in 1865, it's no surprise that this library on the campus of McGill University has experienced its fair share of creepy activity. Rumours of an apparition hovering between the stacks on the sixth floor have been floating around the internet for years now. 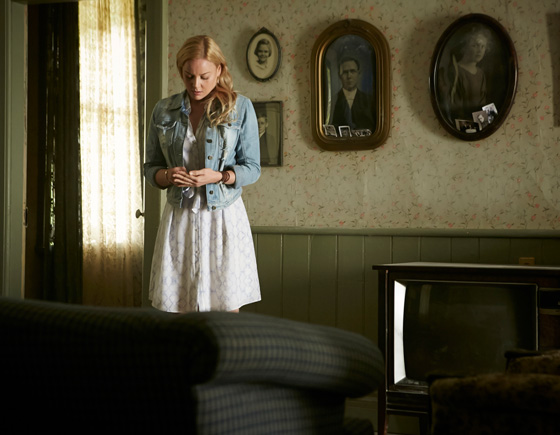 The Dungarvon Whooper
Miramichi, NB
The northern New Brunswick town and the river that runs through it have played host to a number of ghost stories over the years, the most famous of which is the Dungarvon Whooper, an Irish cook that was killed at a lumber camp near the Dungarvon River and continues to haunt the place, whooping and hollering each night from deep within the recesses of the forest. Whether true or a tale used by adults to scare children away from the woods, the story was so popular it even spawned a song, which was published in a local newspaper in 1912.

Caldwell Hill House's Black Window
Halifax, NS
Located a block or two away from downtown Halifax and nearby Dalhousie University, this Robie Street house, originally owned by the city's first elected mayor, is known for an unusual black window, located at the side of the house. The story goes that someone inside the home looked out upon the veranda one day and saw a group of witches dancing outside, who subsequently turned it black upon his discovery. A three-year-old is also rumoured to haunt the home itself.

Check out a photo of the property here.

The Holland Cove Ghost
Holland Cove, PE
A grisly tale involving some of the first settlers in the area, legend goes that after a Dutch surveyor spent a tad too long exploring the area, his wife, Racine, ventured onto the ice in search of him. Sadly, it was too thin, and she crashed through the surface to her icy death. Rumour has it that every year, on July 14, she makes her appearance at high tide, while others say her screams can be heard echoing across the water to this day.

East Meadows Poltergeist
St. John's, NL
A recent phenomenon, in 2013, the CBC reported the story of a local family whose 17-year-old son started noticing that a yellow doll he created in Home Economics kept mysteriously moving around his room and house. Later, he came into his room to find his skateboard resting on top of his TV and lamps knocked over on the floor.

Whether an elaborate prank or the real deal, watching the video below will send shivers down your spine.


Looking for a few more scares? Catch Lavender when it hits Cineplex theatres in Toronto (Yonge-Dundas), Vancouver (The Park), Calgary (Eau Claire), Ottawa (South Keys) and Halifax (Park Lane) on November 4 and VOD on November 15. Click here for your chance to win an iTunes download code for the movie. 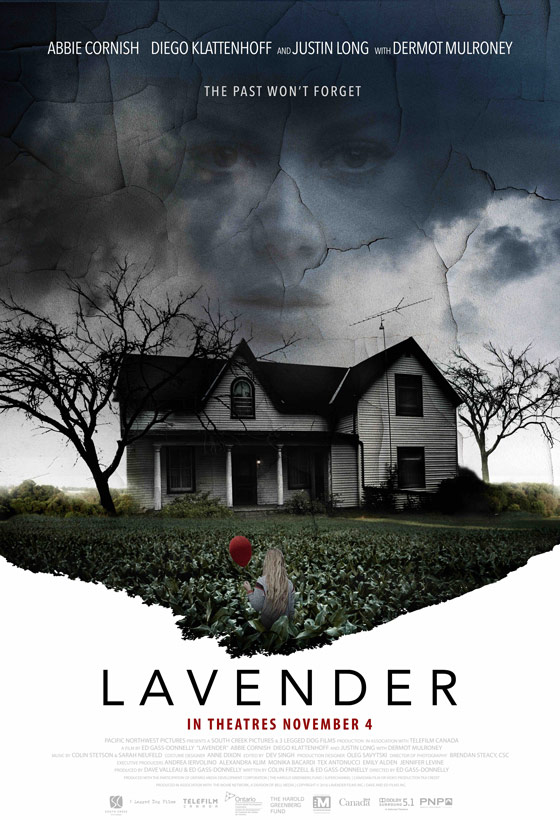