By Josiah Hughes
Published Aug 17, 2016
We've been freaking out about Disneyland's Star Wars-themed park since it was first announced last year. In addition to rides and restaurants, the magical space fantasy camp will also include droids, aliens and humanoids. We're now even more excited, because it looks like the park might include real lightsabers as well.

According to the patent blog PatentYogi [via /Film], Disney has just filed a new patent for an "audience interaction projection system" that will allow attendees to feel like they're using a real lightsaber.

The technology will use overhead drones to fill the air with some sort of particle matter (be it water vapor or liquid nitrogen). Then audiences will be provided with lightsabers that shoot LED lights toward the drones, displaying the light on the particle matter.

It all sounds rather complicated, but in essence the lightsabers will look and feel like the real deal.

Check out an image of the patent and a brief video about the lightsaber below. 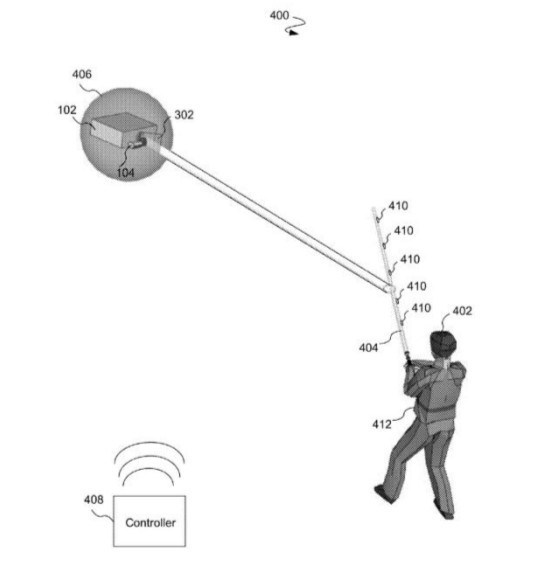