By Calum Slingerland
Published Apr 19, 2017
With only a few weeks to go until James Gunn's Guardians of the Galaxy Vol. 2 lands in theatres, the director has detailed the film's soundtrack.

Guardians of the Galaxy Vol. 2 arrives in theatres on May 5, while the soundtrack will see release this Friday (April 21). You can order it here.

Find the tracklist in the poster below. 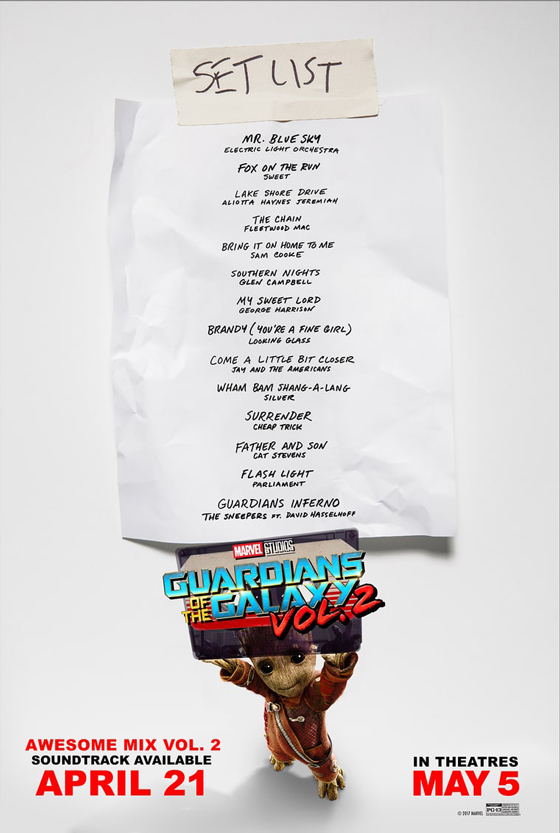