By Josiah Hughes
Published May 13, 2020
As previously reported, beloved cartoon Adventure Time is set to return after airing its "final" episode in 2018. Now, we've got more information on the latest drop.

Return to the Land of Ooo and beyond in Adventure Time: Distant Lands. Based on the animated series, these four breakout specials explore the unseen corners of the world with characters both familiar and brand new. The first of these specials is 'BMO,' which follows the lovable little robot on a new adventure. When there's a deadly space emergency in the farthest reaches of the galaxy, there's only one hero to call, and it's probably not BMO. Except that this time it is.

Check out the full poster for Distant Lands below. 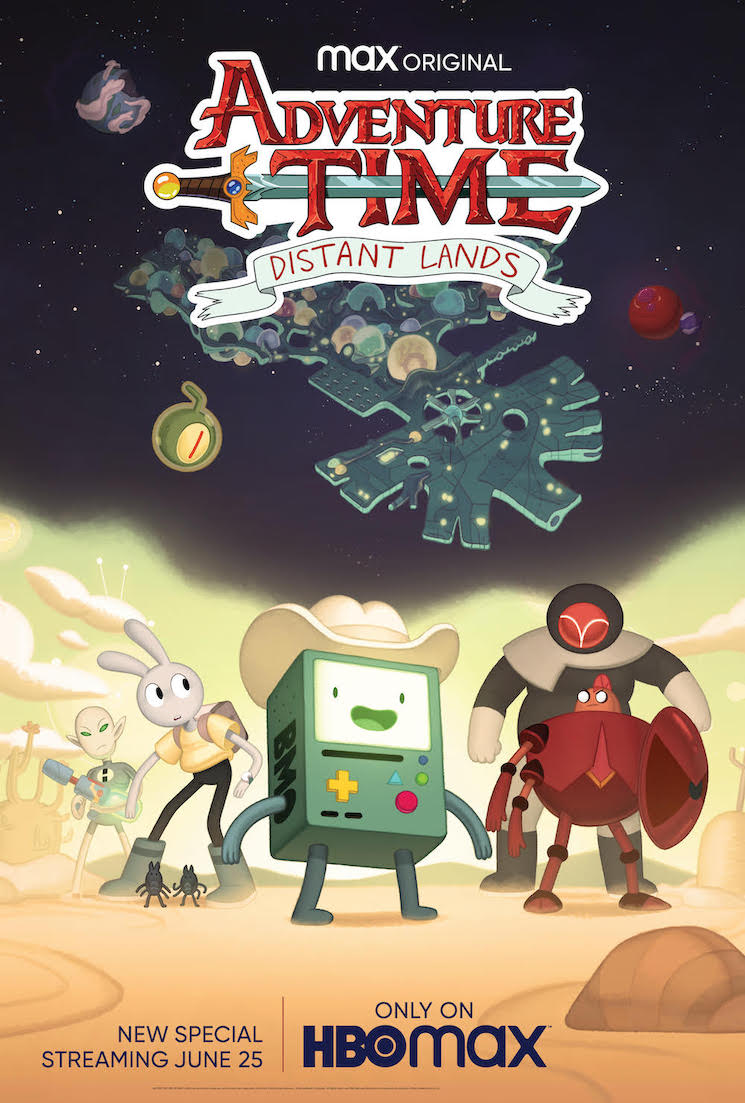