By Brock Thiessen
Published Apr 26, 2019
Today is Alien Day — the annual fan celebration of Ridley Scott's classic 1979 film Alien — so the timing couldn't be better to announce the new documentary Memory: The Origins of Alien is getting a wide theatrical release.

Following a limited festival run, Memory: The Origins of Alien will arrive in theatres this summer and help celebrate the 40th anniversary of the original Alien film.

The documentary was helmed by director Alexandre O. Philippe, and the North American rights of the film have just been acquired by Screen Media and Legion M, Deadline reports.

Memory: The Origins of Alien shines a light on the largely untold origin story behind the Ridley Scott sci-fi classic, unloading a treasure trove of previously unseen materials from the archives of creators Dan O'Bannon and H.R. Giger. 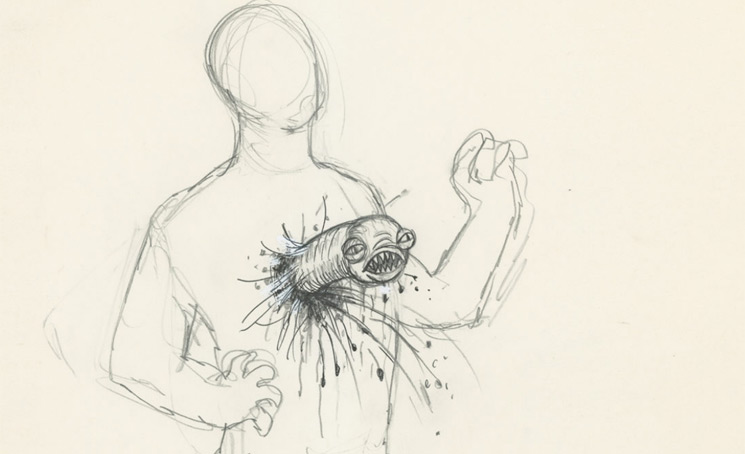 "With Screen Media's distribution savvy, and Legion M's profound understanding of, and access to the fans, our film couldn't be in better hands," said Philippe. "I'm confident that Memory, our fitting follow-up to 78/52, will resonate well beyond Alien fandom, as a deeper, darker, richer contemplation on the magic and mystery of cinema."

Seth Needle, SVP of worldwide acquisitions at Screen Media, added, "Alien — specifically the demise of John Hurt's chest — is a seminal moment in cinema — one where you remember exactly where you were when you first saw it. Alexandre and [producer Kerry Deignan Roy] have done an incredible job creating the buzz from that film with Memory: The Origins of Alien, and we know hardcore fans of the series and mainstream audiences alike will love watching this."